Cameras are spying you on the street, but cops promise there’s no need to worry 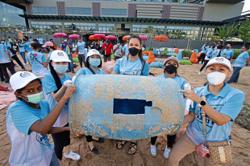 Mass surveillance ‘is a violation of the principle that government does not need to watch everybody all the time just in case somebody does something wrong’, said Stanley. — Photo by Matthew Henry on Unsplash

Watch yourself when you leave the house. Everyone else is.

Surveillance cameras that scan city streets around the clock are spreading in South Florida as police look for new ways to solve crimes. Coral Springs will become the latest to install a web of cameras, and the Broward Sheriff’s Office would like to see them posted all around the county.

Add those to subdivision cameras, business surveillance, Internet tracking and cellphone GPS, and there aren’t many places left to hide.

Privacy experts say the cameras may go too far. As authorties watch our every move, cameras can become intrusive and open to abuse, they say.

“People should be able to leave their homes without being tracked on a daily basis,” said Saira Hussain, a staff attorney for the Electronic Frontier Foundation in California.

The Coral Springs cameras will be mounted on poles such as traffic lights or pedestrian walkways. University Drive and Sample Road will be the priority because they’re the busiest streets. Wiles Road will be next in line.

Some other cities already have them.

Boca Raton police have 430 cameras installed throughout the city. Fort Lauderdale Police have cameras for “safety and security as well as to assist in investigations”, according to a spokeswoman, but she would not say how many or how they’re used.

Lauderhill has 163 cameras at 102 sites, including roadways, parks and entrances to the city, spokesman William Gordon said, and they have been used to nab carjacking and homicide suspects.

Sheriff’s Office spokeswoman Veda Coleman-Wright called cameras “tremendously valuable tools that will immediately give investigators eyes on a scene and help them solve crimes and arrest suspects as quickly as possible”.

“We’d like to see installed on poles throughout the county, not just the cities we provide police service. We all know criminals are not bound by jurisdiction,” she said.

People don’t have an “expectation of privacy anymore because there are cameras everywhere”, said Commissioner Tim Ryan. Still, could a camera accidentally capture scenes from a home window, backyard or swimming pool, near a roadway?

The cameras will help detectives investigate traffic crashes and track fleeing cars, McKeone said. The cameras work separately from license plate reader cameras, which scan plates of passing cars and send information to a state and national database. Police are alerted immediately if there are hits to any wanted cars.

McKeone assured Broward County leaders that he won’t use the cameras to write tickets but instead to catch car thieves and other criminals. “It’s beneficial, protecting the community,” he said.

Critics aren’t so sure.

In 2002 the American Civil Liberties Union published a statement saying it had that no objection to cameras at specific, high-profile public places that are potential terrorist targets, such as the US Capitol. But, “the impulse to blanket our public spaces and streets with video surveillance is a bad idea,” the group said.

The organisation cited the potential for misuse and cited a Michigan case in which police officers used the cameras to help friends or stalk women and track ex-spouses.

Mass surveillance “is a violation of the principle that government does not need to watch everybody all the time just in case somebody does something wrong”, said Jay Stanley, a privacy expert and senior policy analyst for the ACLU in Washington, D.C.

Cameras could be used for voyeurism or to track peaceful protesters for political purposes, he said.

Stanley called the proliferation of cameras a “gradual creeping trend” across the country. He acknowledged there are cases where cameras “save the day”, but he said the benefits are often overblown.

Coral Springs has used a limited number of cameras in the past, but not on the scale they’re planning. McKeone said he’ll start off with 10 cameras, which cost about US$2,000 (RM8,324) each, and will ultimately install “as many as we can”.

Police used cameras footage in 2015 to crack the case of Magdalena Weich, a young mom murdered by the father of her son. Also that year, the agency used surveillance video to hunt down Bradley Clarke Dorman, who authorities allege had snuck into his mother’s home about 4am and shot her five times, killing her while she slept. That trial is pending.

Since 2018, Coral Springs Police have operated a “Real Time Crime Center”, which includes a wall with eight TVs rolling video, able to tap into about 50 cameras in parks, city facilities and businesses, as well as city drones and the Sheriff’s Office helicopter.

“It is very concerning to hear the justification around crime as a means of setting these up because... they can be used for many reasons and we’ve seen them being abused,” she said. “It can very quickly get out of control.” – South Florida Sun-Sentinel/Tribune News Service

Autonomous robots to weed out ‘undesirable social behaviours’ in Singapore

From Middle East to India, women ‘violated’ in Pegasus hack 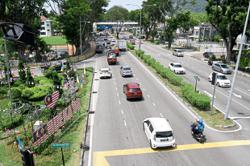 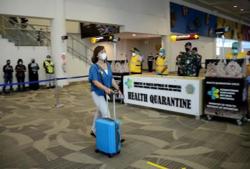