Another day, another fake message

Though some fake messages only rob users of their time and data, others are more malicious. — 123rf.com

The message contained a link to a fake Facebook page that required users to click on it to “verify” their eligibility.

The fake message is just one of many that has gone viral this year – though some rob users of their time and data, others are more malicious.

Here are the recent fake messages that have plagued Malaysians:

On Aug 6, the Human Resources Ministry warned the public not to share the message “New Corona Relief Fund” which contained a link to a fake site bearing its logo.

The message fraudulently claimed that users could redeem RM500 by answering a questionnaire on the website.

The ministry urged the public to always refer to official websites and social media channels to obtain the latest information.

Sometimes fake news gets recycled and forwarded again. Earlier this month, some users received a message claiming an orphanage was closing down and 15 children were in need of new homes.

The message purportedly contained the contact number of the owner of the orphanage.

Website Sebenarnya.my – managed by regulatory body Malaysian Communications and Multimedia Commission (MCMC) – stated that it was a fake message from 2018 that had been made viral once again.

In July, a series of WhatsApp messages urged those who have yet to receive their vaccination appointment to register through the link it contained.

It falsely claimed that those who registered through the link will be able to get their jabs at the vaccination centre in Bangi.

The link led to a Google Form which required users to enter their personal information.

MCMC released a statement informing users that the messages were fake and warned the public that giving out personal information to unknown parties may result in a privacy breach and the user’s data being exploited.

It urged anyone seeking information related to the National Covid-19 Vaccination programme to check with the Special Committee on Covid-19 Vaccine Supply (JKJAV), Covid-19 Immunisation Task Force (CITF) or district health centre (PKD) in their area.

In the same month, Pos Malaysia asked members of the public not to share a WhatsApp message about job vacancies in the company offering salaries between RM4,100 and RM7,500, as it was false.

In a statement, Pos Malaysia said fraudulent calls, text messages and emails were also made in the name of the company.

Such scams have also affected other postal services worldwide, it said, and were being used to obtain information such as credit card details and passwords from unsuspecting users.

The Employees Provident Fund (EPF) issued an alert in June about a fake WhatsApp message that claimed users can start applying for i-Sinar 2.0 a few weeks after the original i-Sinar programme ends.

i-Sinar is an initiative introduced by the government to help those affected by the Covid-19 pandemic by allowing them to withdraw funds from their EPF accounts.

The message was likely a prank as opening the link it included displayed a photo of a gorilla sticking out its tongue.

However, this was not a laughing matter for the organisation as many fake messages purportedly from EPF had been made viral before to steal users’ credentials.

At times even videos filmed elsewhere have been included with fake messages to make them look more authentic.

In June, a video was circulated showing a shooting incident involving two suspects who were committing a robbery.

The incident was spread through social media platforms and allegedly happened at one of the clinics in Puchong, Selangor.

Selangor Police chief Comm Datuk Arjunaidi Mohamed said in a statement that the incident in the video didn’t take place in Malaysia.

He advised people not to form their own conclusions based on unverified information from irresponsible parties.

People should refrain from sharing fake messages, he said, as they could cause panic or unease among the public.

How can we use technology to weed out online disinformation?

YouTube says it removed one million ‘dangerous’ videos on Covid-19 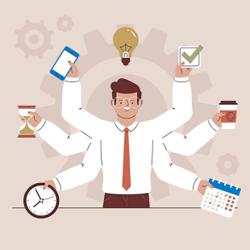 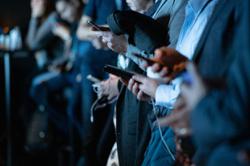