WhatsApp has always "optimised" media (cut its quality) before sending it to a contact or a group, but now the app could offer users the ability to pick the level of image quality they want to send. — 123rf.com

Do you share photos regularly on WhatsApp? If yes, you must have noticed how bad the image quality is. Well, this is a long-standing problem that has plagued this popular app's users.

WhatsApp has been downgrading photos and other media to keep its services running smoothly. Considering that it is used by billions of people, the load on WhatsApp was heavy and this was its way of dealing with the problem. However, after having driven everyone to despair, it looks like relief is finally near. WhatsApp could soon add a new feature that will solve all image quality issues and the change should be visible on your smartphone soon.

What is the new image quality feature WhatsApp is working on?

WhatsApp has always "optimised" media (cut its quality) before sending it to a contact or a group, but now the app could offer users the ability to pick the level of image quality they want to send. Users who are on recent beta versions of WhatsApp for iOS have spotted the ability to send images in high-resolution (best quality) or optimised (data saver) mode. That means no more sharing your high-resolution pictures over WeTransfer and Google Drive, once WhatsApp turns this feature on.

It's worth noting here that even if you choose Best Quality, it will still send the image at 80% of the quality of the original image, as pointed out by popular feature leaking website WABetaInfo, which first identified this upcoming feature.

Why is WhatsApp making a distinction between high and low image quality?

The issue is quite simple, many images sent on WhatsApp are either forwards, or memes or other content that doesn't always need to be in high resolution. However, if you send an image of a special moment to another user, you want to make sure that the picture is visible with all details, without any 'optimisation' which reduces image quality.

When will the feature roll out to WhatsApp users?

While this feature does sound extremely useful, it is still being tested for reliability on the beta version of WhatsApp, which means that it should arrive on the stable channel once the company deems it is ready to be enabled globally. Like the WhatsApp Multi-Device beta that was recently turned on for many users, those who are able to sign up for the messenger's beta program on the Play Store or the App Store (via TestFlight) will be able to take advantage of the new image sharing system before everyone else gets in the stable version of the app in the future. – Hindustan Times, New Delhi/Tribune News Service 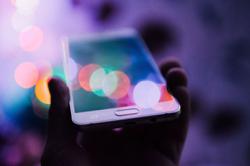