LONDON (Reuters) - Britain's BT reported a better-than-expected 3% rise in adjusted first-quarter earnings on Thursday, which it said reflected improved trading across most of its business and underpinned its confidence it was on the path to growth.

The company, which aims to build fibre connections to 25 million homes by the end of 2026, reported adjusted core earnings of 1.87 billion pounds ($2.61 billion) on revenue of 5.07 billion pounds, down 3% and short of market expectations, for the three months to end-June.

Chief Executive Philip Jansen said the results were overall in line with the company's expectations, with a good performance in Britain offsetting challenging conditions in markets for its Global unit, which mainly serves multinational companies.

"With trading conditions expected to see some improvement through the year, we have confirmed our outlook and remain confident that BT is on a path to growth," he said.

Jansen said the company had built full fibre broadband to more than 5 million premises, and was seeing growing customer demand for the faster connections.

Its rival Virgin Media O2 said on Thursday it would upgrade its cable network, which serves 15.5 million premises, to full fibre by 2028.

Analysts had expected BT to report revenue of 5.15 billion pounds and core earnings of 1.81 billion pounds, according to a company-compiled consensus. 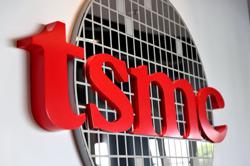