Bitcoin prices soared over speculation that Amazon could be getting involved in the cryptocurrency. — REUTERS

Bitcoin soared on Monday to approach US$40,000 (RM169,260), a rally some attributed to traders exiting bets on declines as well as ongoing speculation over Amazon.com Inc.’s potential involvement in the cryptocurrency sector.

"The extent of the jump was probably driven by over-leveraged shorts,” said Vijay Ayyar, head of Asia Pacific at crypto exchange Luno in Singapore, while adding the rumors over Amazon likely had a role to play too.

Amazon last week advertised a job vacancy for a digital currency product lead, stirring speculation it might accept digital coins for transactions. That builds on other recent supports for Bitcoin, including positive comments from Elon Musk and Ark Investment Management LLC’s Cathie Wood. Over the weekend, the coin’s price topped its 50-day moving average, a trend some view as positive.

More than US$700mil (RM2.96bil) of Bitcoin shorts were liquidated on Monday, the most of any day in at least the past three months, according to data from Bybt.com.

As prices spiked higher Monday, activity in Bitcoin futures surged. Over 1,000 contracts changed hands in a 10-minute trading window. As a result, volumes in the July front contract were around 10 times the average as of 9.20am in Hong Kong.

Specialist crypto publications earlier this year reported that Amazon had listed a job posting related to shopping with digital currency.

Bitcoin remains some US$27,000 (RM114,250) off its mid-April high of almost US$65,000 (RM275,050). It’s been hurt by criticism of the energy consumed by the computer servers underpinning it, a regulatory crackdown in China and harsher official scrutiny in Europe and the US.

Musk, chief executive officer of Tesla Inc. – which already owns Bitcoin – revealed at a conference last week that his space exploration company SpaceX also does. He added he’d like to see the token succeed and that he personally has bought Bitcoin, Ether and Dogecoin. Ark’s Wood said corporations should consider adding Bitcoin to their balance sheets. – Bloomberg 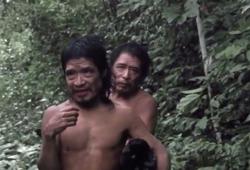