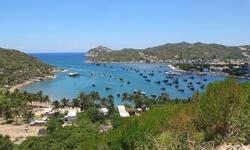 A customer pays for goods through a QR code. The issuance of digital currency could also help accelerate Vietnam's digital economy development. — VNA/VNS

HANOI (Vietnam News/ANN): Vietnam is playing catch-up in a global race to develop its own digital currency and experts believe this will not only help the country develop new technology but also present an opportunity for Vietnam to join the most technologically-advanced countries.

The Prime Minister last month endorsed the strategy for developing e-Government towards digital Government in the 2021-25 period.

In Decision 942/QĐ-TTg issued on June 15, the State Bank of Vietnam (SBV) is assigned to research the pilot use of 'virtual money' based on blockchain technology in the next three years.

This is a remarkable change in the Government’s policymaking given the reality that Vietnam has not yet recognised cryptocurrencies.

So far, the central bank has repeatedly emphasised that owning and trading Bitcoin and other cryptocurrencies is risky for investors as these coins are not protected by law.

Virtual currency is a new concept in Vietnam. There are many different and confusing names in the market such as virtual money, electronic money, digital currency and cryptocurrency.

Digital currencies can be regulated or unregulated currency that is available only in digital or electronic form. If issued by a central bank of a country in a regulated form, it is called the Central Bank Digital Currency (CBDC).

If existing in an unregulated form, it should be called virtual currency and may be under control of the currency developers instead of a centralised regulator. Cryptocurrencies are also an example of this type. Bitcoin and ethereum are the most popular cryptocurrencies.

To date, Vietnam's law has no specific definition of virtual currency and virtual assets. Current regulations only refer to the concept of electronic money (e-money) which is pegged to a fiat currency and exists in the form of pre-paid bank cards, e-wallets or mobile money.

While most experts agreed the central bank should clarify the concept of virtual money in the latest Decision 942, finance specialist Nguyễn Trí Hiếu said the “virtual” word can lead to negative thinking as it has been associated with fraudulent projects spreading in the media.

“I think the central bank may use the concept of digital currency or cryptocurrency to reflect the intrinsic value of this form of money,” Hiếu told Vietnam News.

More than 60 central banks across the world are exploring and actively developing their own digital currencies to modernise financial systems as well as counter a possible threat from cryptocurrencies, according to PwC.

Among major monetary authorities, China is the front-runner in the global race to launch CBDC and is testing a digital yuan, or e-CNY, in several cities.

Meanwhile, the European Central Bank is planning to introduce a digital euro within the next five years. The United States lags behind in its own research but the US Federal Reserve has said it is more important to get its approach right rather than leading the pack.

In Vietnam, SBV seemed to be hesitant in building a legal framework for digital currency. Last year, SBV proposed a pilot regulatory sandbox for fintech companies but did not mention digital currency.

“Vietnam is relatively slow in starting to research digital currency but it’s also not too late. Digital currency is an inevitable trend for a digital future,” Hiếu said.

While major currencies of the US, EU and Japan have had great influence in the global currency basket and international trade. Hiếu said issuing digital currency of small countries like Vietnam would lift its position in the new global financial system which will be reshaped in the future with the rapid development of technology.

“The world is entering the digital economy era. Along with the development of Industry 4.0, AI, 5G, this is a challenge for Vietnam but also an opportunity to rise in the ranks of advanced countries with the most developed technology,” Hiếu said.

Huỳnh Phước Nghĩa, Deputy Director of the Institute of Innovation (University of Economics HCM City), also said in many issued policies, Vietam has identified technology as key for future development. This policy is backed by the strong development of e-commerce and online payments.

“The rate of non-cash payments is on the rise in Vietnam. The issuance of digital currency could also help accelerate this process,” Nghĩa was quoted as saying on thanhnien.vn.

Vietnamese people are predicted to be ready to accept digital money. Vietnam ranked second in terms of crytocurrency use among 74 surveyed economies by Statista in 2020.

In Decision 942, the Government also focuses on prioritising research and development of some core technologies in which Vietnam has advantages such as QR codes, artificial intelligence (AI), blockchain, virtual/augmented reality (VR/AR) and Big Data, facilitating deployment of digital Government.

“However, this is also a big challenge for the SBV as this is an infant and new market and there is no real experience in the world to refer to,” Hiếu said, noting new issues such as concepts, how to store digital money and put it in circulation, building electronic systems, national networks and ensuring information security all need to be developed comprehensively. — Vietnam News/Asia News Network 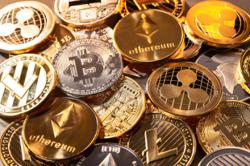 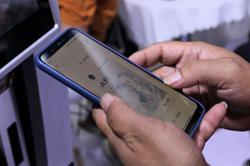