Login data of people who purchased tickets for the Olympic and Paralympic Games were leaked in the Internet. — AP

There was a leak of ticket buyers’ data in the run-up to the Olympic Games in Tokyo, according to reports.

As Japanese media reported on Wednesday, citing the government, login data of people who purchased tickets for the Olympic and Paralympic Games were leaked in the Internet.

An online portal for volunteers was also affected.

Tickets can no longer be used as almost all competitions will take place behind closed doors due to the coronavirus pandemic.

Japanese newspaper Asahi Shimbun said that a security firm from Singapore sent information about the data that had surfaced online, such as ID and passwords of ticket buyers, to the government in Tokyo earlier this month.

Japan, a high-tech nation, is frequently the target of cyberattacks on companies and authorities. The government wants to take stronger action, improve data security and has just warned of an increased risk for the Olympic Games.

There have also been repeated data breaches in the past, for example at financial institutions.

The Tokyo Games are set to start on Friday after being postponed for a year due to the pandemic. – AFP

Ahead of the Olympics, smart health specialist Withings reveals its own medal-winning countries 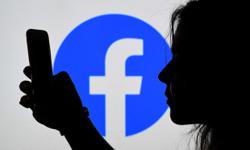