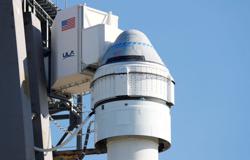 TSouth Korea will create a space policy-oriented think tank to accelerate its role in the space race. — Bloomberg

South Korea's science ministry said Tuesday it will create a space policy-oriented think tank in a move to bolster its space development ambitions.

The country has recently ramped up its space programme, with its first homegrown space rocket set for a launch in October and a lunar orbiter programme scheduled for next year, Yonhap news agency reported.

The Ministry of Science and ICT said the new think tank, tentatively named the Korea Space Policy Research Center, will conduct space-related research and analysis to offer guidance for the country's space development policies, as well as private sector efforts.

The think tank is expected to be formed with space industry experts from the Korea Aerospace Research Institute, Korea Astronomy & Space Science Institute and the Agency for Defense Development.

South Korea, a relative latecomer to the global space development race, has revved up efforts in space-related technologies to propel growth in future industries, with aims to develop over 100 miniature satellites by 2031.

South Korea also received a boost in its space programme earlier this year after it made an agreement with the United States to completely scrap its missile guidelines, which had limited efforts to develop space launch vehicles. – Bernama

NASA encourages the use of commercial companies for space -White House 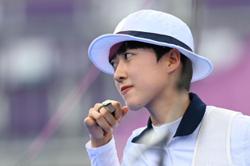 Boeing postpones key test flight to space
Amazon interfered with union elections, says U.S. labor board
Crime app Citizen rolls out fee-based tool for U.S. users to contact safety agents
Amazon warehouse workers overwhelmingly rejected a union. Now they may vote again
Infineon CEO warms to idea of TSMC plant in Germany
Cryptocurrency promise for UAE’s unbanked migrants – but not yet
When the chips are down: global shortage to keep crimping carmakers
New vote recommended in US Amazon union election
This US TikTok star built his following on videos about millennial work-from-home culture. And now – like many others – he quit his job.
Tencent says will further curb minors' time on 'Honor of Kings' game