The pictures attracted widespread criticism after another blogger denounced them on Weibo. Soldiers buried at the cemetery include some who died in clashes during last year’s border dispute between China and India. — SCMP

A travel blogger’s social media accounts have been shut down and police have launched an investigation after he posted pictures of himself in “disrespectful” poses at a cemetery for Chinese soldiers in Xinjiang.

However, two of these pictures attracted an online backlash; many claimed he appeared to show no respect for the veterans buried in the cemetery in the images.

In one picture the blogger is seen with a casual smile touching the gravestone of Chen Xiangrong, a soldier who died in a border dispute between China and India in June last year. In the photo, Xiao Xian has one hand on the grave and holds the other hand in the shape of what many believed was meant to look like a gun pointing at the grave. 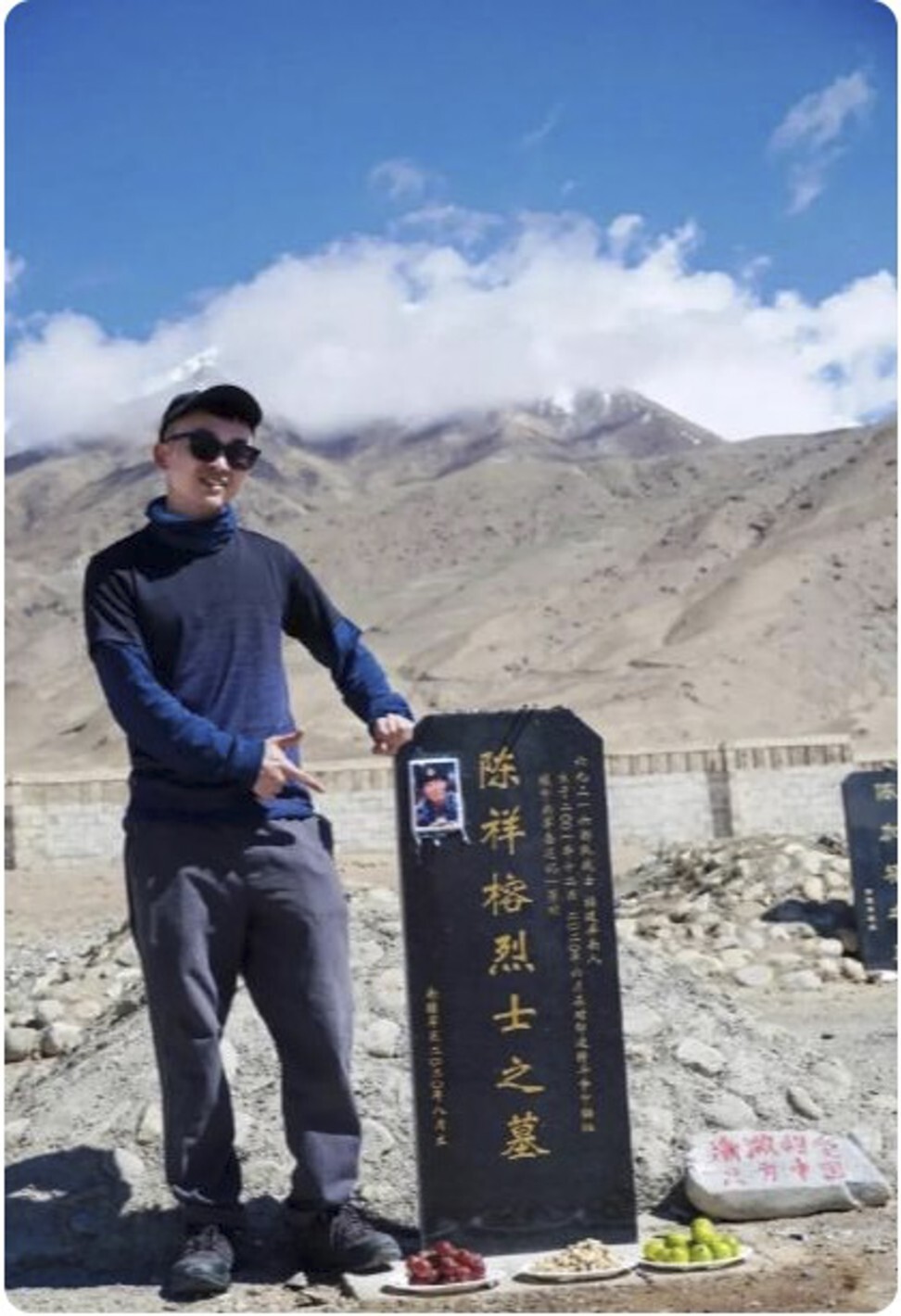 The other picture that drew ire showed the blogger leaning against a stone displaying the cemetery’s name, with one hand in his pocket and the other hand touching his hat.

“The gravestones for heroes defending our country’s border are not supposed to be where you pose to take pictures. Please show due respect for the martyrs,” wrote Taiwan Na Dian Shi on Sunday.

The cemetery has more than 100 soldiers buried there, including four PLA soldiers who were killed in last year’s clashes with India.

In another controversial post, Xiao Xian wrote, “The youngest martyr was only 19 years old ... everyone lit a cigarette to express their memory for the lost soldiers. But I think kids prefer to eat snacks or play with toys.” 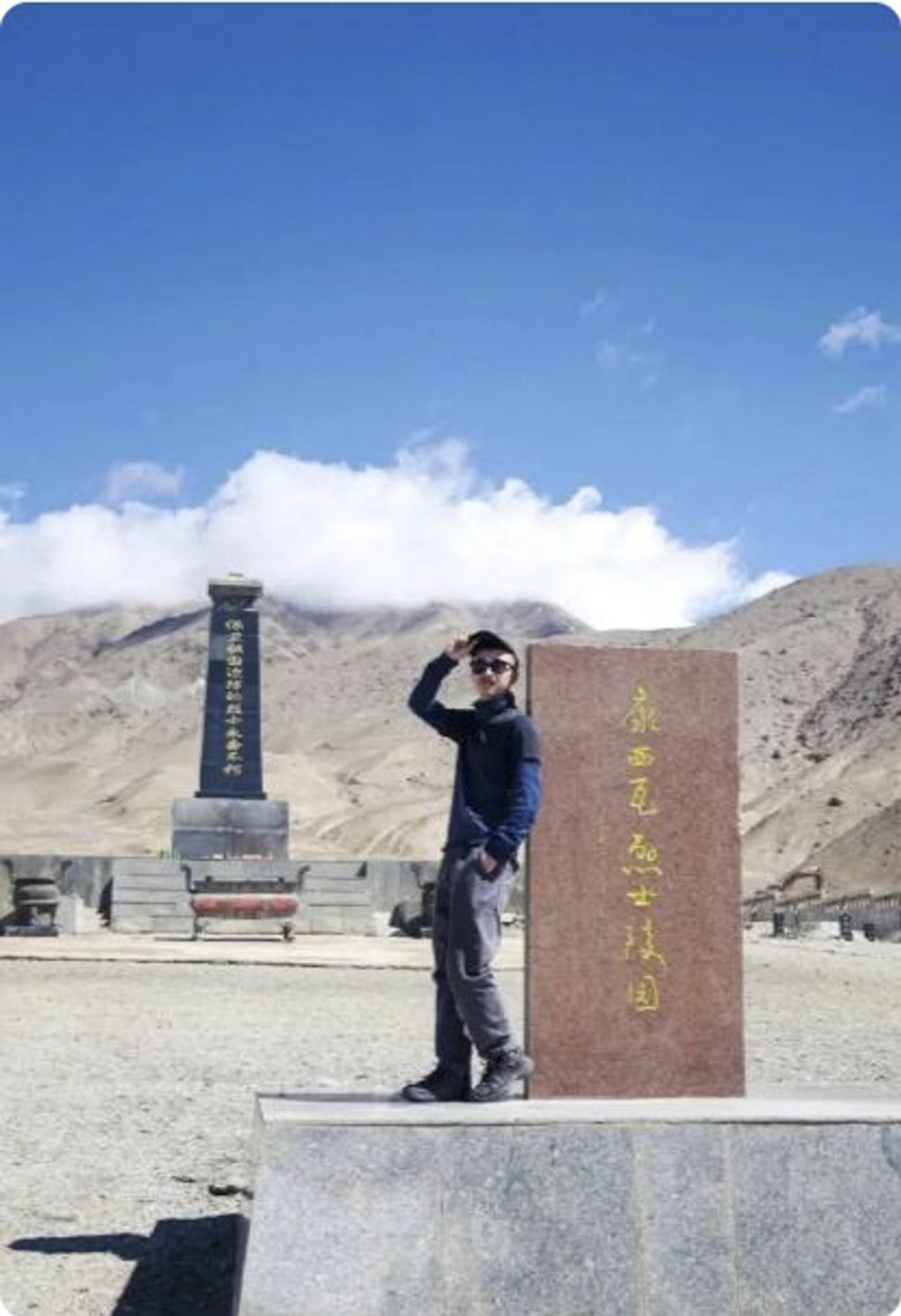 On Weibo the response was furious.

“He should be punished seriously,” wrote one person.

“He is so detestable. How can he desecrate our heroes in this way?” another person said.

On Sunday afternoon both Xiao Hong Shu and TouTiao platforms on which Xiao Xian had thousands of followers announced his accounts had been permanently deleted, citing his “disrespectful behaviour”.

The local authorities in Xinjiang weighed in by urging the tourism department to include the blogger on a travel blacklist.

“It’s ugly to pose for pictures in front of border-defending heroes’ tombs,” wrote the prosecutor’s office for the Xinjiang Uygur autonomous region.

The prosecutor’s office later said it had asked police authority to investigate the case, alleging the blogger had violated Chinese law by undermining the veteran’s reputation and honour.

The Ministry of Public Security said on Weibo on Monday morning that police in Pishan county have started an investigation into the incident.

The blogger is not the first in China to have triggered a public backlash for their objectionable behaviour while travelling.

Earlier this month, online celebrity Witty Dang Sister, who has six million followers, apologised after Internet users were outraged by a video in which she wore a Lolita dress – the fashion is a subculture from Japan – and danced in front of the Lushun Museum. The museum, built in the 1910s, is dedicated to the history of the Japanese military invasion of China before and during World War II.

In March three tourists were detained for carving their names on the Great Wall of China near Beijing. – South China Morning Post

China's Alibaba joins global chatbot race
How to avoid getting tricked by the ‘You’re hired’�scams
‘You’re hired! Now send us some personal information.’ Why job scams are skyrocketing
YouTube says homepage back up after brief outage
AI search engines can now chat with us, but glitches abound
High-end smartphones could be makeshift power banks soon
Netflix steps up its effort to get paid for account sharing
SpaceX curbed Ukraine's use of Starlink internet for drones -company president
Twitter outage leaves some users unable to tweet
WhatsApp announces slew of new features for status update