Do e-scooters have an alcohol problem?

FILED - After a few beers with friends, you don't really feel like walking home, waiting on a train or paying for a cab. But then you spot an e-scooter that's rentable by the hour - the perfect solution? Photo: Henning Kaiser/dpa

After a few beers with friends, you don't really feel like walking home, waiting on a train or paying for a cab. But then you spot an e-scooter that's rentable by the hour – the perfect solution?

Using e-scooters while under the influence of alcohol has become an increasingly fraught subject under the sceptical eye of police and politicians. It's not uncommon for drunken e-scooter riders to seriously injure themselves and those around them on the weekends.

There seems to be no hang-ups about riding an e-scooter while intoxicated: In Germany, for example, alcohol was the most frequent cause of accidents involving e-scooters in 2020. In accidents with injuries, there were 2,355 cases of misconduct among e-scooter users last year, 18.3% of which fell to driving under the influence.

By comparison, alcohol consumption accounted for only 7.1% of cases of misconduct among bicyclists.

It's not just the riders who feel the consequences: Roland Stimpel, from a pedestrian association in Germany, sees a problem especially in the e-scooters that can be rented. "According to our observations, they are often used illegally – in pairs, drunk, by children under 14, on sidewalks, squares and in parks," according to Stimpel.

E-scooters have become ubiquitous in large cities in the past few years. Commuters appreciate them as a way to get to work without having to get sweaty on a bicycle, and tourists rent them to see more of the city than they could just by walking. But the issues with alcohol are threatening to become an image problem for the e-scooter.

Does something need to change?

If you ask Lars Zemke, chairman of the German Association of Small Electric Vehicles, part of the problem is that lawmakers only half thought things through regarding alcohol consumption and e-scooters.

"Yes, it is not justifiable to participate in road traffic under the influence of alcohol. But it seems that the alcohol limits were mostly based on the weight and speed of a vehicle," Zemke says.

One theory is that riders think of e-scooters more like bicycles, based on their size and appearance. However, at least in Germany, e-scooter riders face the same limits on drinking as car drivers.

Cyclists can actually get away with a much higher blood-alcohol level – as long as they don't cause an accident and ride inconspicuously.

"The providers took appropriate measures early on to raise awareness among users and avoid driving under the influence of alcohol," says Christoph Egels, spokesman for the micromobility working group.

According to the platform, the companies regularly organise driving safety training sessions and integrate safety instructions for responsible use of the electric scooters into their smartphone apps.

Overall, Brockmann says, the accident patterns of e-scooters actually strongly resemble those of bicycles: riding in the wrong direction and using the wrong traffic areas.

"Riding on the sidewalk is what users do when there is no bike lane." – dpa 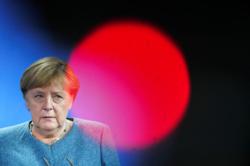