(Reuters) -Shares of software firm Alfi Inc fell 10% in early deals on Wednesday after more than doubling in value in the previous session, in a move evocative of the so-called "meme stock" frenzy that has gripped equity markets this year.

Alfi's stock was trading at around $14.65 per share by 5:26 a.m. ET after ending Tuesday's session at a record high of $16.29, and was again among the most heavily traded stocks before the bell.

Some social media users and one portfolio manager on Tuesday cited a Benzinga.com report that Alfi planned to buy back stock as helping to fuel the rally.

Shares of a group of heavily shorted companies including video game retailer GameStop Corp and cinema operator AMC Entertainment Holdings Inc have seen wild swings this year in a phenomenon dubbed the "meme stock" rally that has been driven by small-time traders on online discussion forums.

Although short interest in Alfi last stood at 3.85% of free float, according to Refinitiv data, the company was among the top 10 trending stocks on trading-focused social media site Stocktwits, a platform commonly seen as a measure of interest from retail investors.

Another retail darling, Torchlight Energy Resources Inc, sank 10% in premarket trading, extending a 30% slide in the previous session after it upsized its stock offering to $250 million.

GameStop has also cashed in on the Reddit-driven rally in its stock, saying on Tuesday it had raised $1.13 billion in its latest share offering. Its shares were down 0.3% after jumping 10% in the previous session.

(Reporting by Sagarika Jaisinghani in Bengaluru; Editing by Shounak Dasgupta) 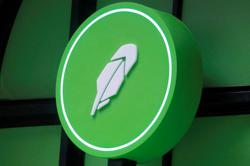