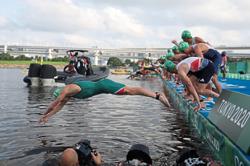 Cars are getting bigger and more complicated, parking spaces feel smaller and smaller. With a rear view camera, parking is easier and safer. But what if your own car doesn't have one? — dpa

Parking in a tight space can get really stressful. As you manoeuvre and strain your neck to see through the rear window, impatient drivers back up behind you and honk their horns. Wouldn't it all be easier if you had a camera to help?

In many new cars, even small and inexpensive ones, they now come as standard, and others offer them as optional extras. They are positioned near the number plate and automatically turn on when you engage the reverse gear.

In vans and motorhomes — vehicles whose rear end position is often a matter of guesswork — cameras are often mounted at the back of the roof. Cameras as assistance systems can not only help with parking but also manoeuvring with trailers.

The advantages are not only simple and safe handling, especially for large and confusing vehicles, but also increased safety, says the Robert Nitsche, an electronics expert from Germany. "With cameras, car drivers can see the parking space exactly," he says, "and they can also see children, animals and any other obstacles."

Quite simply, they make parking much easier, says Michael Zeitler, an automotive electronics specialist, and they're easy to fit on most cars — usually on the handle of the boot or on the number plate bracket.

"If the entertainment system can process video signals and has a monitor, only the camera needs to be retro-fitted," says Zeitler. "In mobile homes with a large cockpit, there's also room for an additional monitor."

Older vehicles will require a double DIN radio with a screen, or a new rear-view mirror with an integrated monitor for the rear-view camera.

Systems that transmit by wireless are cheap — roughly 100 euros (RM493.35) — but the experts say cable-based systems are better. "Radio links are susceptible to interference and interference, break-up and frozen images," warns Michael Zeitler. This is because the cameras transmit their signals via a frequency that very commonly used in cities.

Cable-based cameras with a compatible multimedia input and a monitor cost two to three times more.

If the multimedia interface is missing, you'll need to spend more — around 450-600 euros (RM2,220-RM2,960) in Europe — for a special video adapter. An interior mirror with monitor and camera will set you back around 650 euros (RM3,206) in Europe. Labour is not included in those prices.

But it's worth it, according to car tester Bernd Volkens from the German motor magazine Auto Bild. "In contrast to acoustic parking aids — parking beeps — drivers with reversing cameras can see to the centimetre where they can drive to," he says. "It really makes parking stress-free."

Audio warnings, on the other hand, stop the driver at a safety margin of up to 40 centimetres. This means drivers are often wasting space when manoeuvring.

In his opinion, the simplest retro-fitting option is a camera at the rear, which transmits via Bluetooth to a smartphone or entertainment system. But here, too, you'll need to keep an eye on the susceptibility to radio interference, and there may also be a delay on the video images.

For old vehicles without a double DIN slot, the only solution is a separate, permanently installed additional monitor, says Volkens. "The camera is simply coupled to the reversing light so that it knows when reverse gear is engaged."

If you know what you are doing, you could fit one yourself in about three hours. But you should be aware that the system can cause problems if the reversing camera diverts power from the reverse light.

"Anyone who isn't familiar with vehicle wiring should consult a specialist," Volkens says. This brings the added advantage of warranty, should things go wrong with the equipment. – dpa 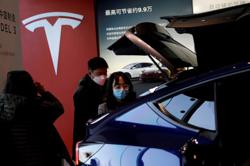