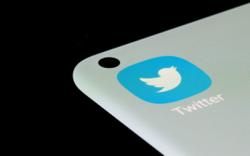 According to Social Media Today, Twitter could also offer a ‘subscribe’ option to newsletters directly from tweets. — AFP Relaxnews

Twitter wants to help you earn money... while also benefiting from the newsletter boom. The social network intends to offer a new button on its users’ profiles allowing users to subscribe to newsletters.

It’s the logical next step for Twitter after having acquired the newsletter service Revue last January.

The new button should soon be appearing on Twitter users’ profiles, said Revue, the newsletter service of the social network. Bought by Twitter last January, the platform specialising in newsletters will soon have a prominent place on one of the most popular apps in the world.

Only users with an account on the Revue platform will be able to activate the new feature developed by Twitter. The “subscribe” button is set to appear on the user’s profile and will allow users to subscribe directly to a newsletter. According to the screenshots revealed by Revue, this new service will also allow users to preview the newsletter in question before subscribing to it.

A smart way for Twitter to generate additional revenues. Indeed, Revue users can propose free newsletters but also paid newsletters, for which Twitter recovers 5% of the fee.

This new addition to Twitter users’ profiles will allow newsletter creators to take advantage of their community on the social network in order to increase their subscriptions and therefore potentially their revenues.

Although no official launch date has been revealed for the moment, the new button dedicated to newsletters should first appear on the web version of Twitter, then on the application under Android and finally on iOS, explained Mashable.

With this new service in development, Twitter continues its momentum of transforming its users' profiles into genuine means of earning money. Recently, the social network announced a new “Tip Jar” function allowing followers to give money in the form of tips to favorite tweet authors, directly from their Twitter profile.

The focus on generating revenue was confirmed with the network’s new Spaces tool, which offers the possibility of creating audio rooms or events with an entrance fee, and with “Super Follow”, another paid subscription option providing access to exclusive content. – AFP Relaxnews

Nigeria's Twitter ban leaves some businesses in the lurch