According to Harris, the company started to look at how people were using their computers, with more people using portable computers like laptops, in more than one location. — 123rf.com

However, if you started using your PC with Windows 8 or Windows 10, the startup process was completely silent – we now know why this is the case, thanks to a former Microsoft employee.

Jensen Harris, who worked with the Redmond company as the Windows User Experience (WUE) team's Director of Program Management, took to YouTube to explain why the company killed off the startup sound on Windows 8 and Windows 10, as spotted by Windows Central.

While Harris begins explaining the real reason why Microsoft decided to get rid of the logon sound on the last two versions of its popular operating system around the 8-minute mark, we highly recommend watching the entire video, which is a fascinating story that goes back to the origin of the earliest personal computer system. Harris also explains how sounds on computers evolved over time – from the early Macs to the arrival of later Windows versions.

According to Harris, the company started to look at how people were using their computers, with more people using portable computers like laptops, in more than one location. “With mobility came different considerations,” he explains, adding that the company started planning for its Surface platform and the assumption switched mobile-first as the team started to port the OS to ARM-based hardware.

Citing his own personal example of not wanting to open his MacBook at night while watching over his sleeping daughter, Harris said that he realised that having a startup sound was “a really bad feature for a device designed to be used in a person's most private and intimate spaces at any time of day and night”.

These could also include a classroom, library, or even an aeroplane at night. That's essentially how the startup sound was removed from the operating system.

Harris says that he later began to regret the removal of the sound from the operating system, adding that his team was considering adding it again.

However, the Windows Fundamentals team that was tasked with optimising the operating system's bootup time had already gotten rid of the code needed to play that audio while booting up – so the sound was permanently axed in favour of faster startup speeds.

Harris ends the video by teases users that the "missing Windows 8 startup sound" that was axed will be revealed in his next video. – Hindustan Times/Tribune News Service

When working from home can misalign your spine 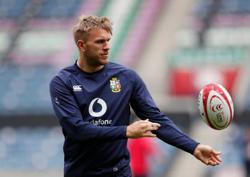