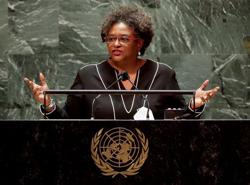 A BTS fan takes a souvenir picture of a McDonald’s BTS Meal during lunch hour at its restaurant in Seoul, South Korea on May 27. Resellers in Malaysia are offering used food packaging on e-commerce sites. — Reuters

Resellers are cashing in on the current craze for McDonald’s The BTS Meal in Malaysia by offering its used food packaging for sale on e-commerce sites.

A search on Shopee showed that one seller is offering a BTS Meal set with an empty paper bag, paper cup, nugget box and two dipping sauces for RM59.90. The listing explained that the sauces will expire in August 2021 and the set does not contain any other food items.

Other sellers are also offering the same set of items for between RM15 to RM21.90, with some even throwing in free BTS merchandise.

Meanwhile on Carousell, sellers are also offering McDonald’s The BTS Meal food packaging set for between RM10 to RM25.

One seller listed the price of a paper bag for RM50 while another offered the paper cup for RM35. These items are described as “limited edition”, with one seller offering to iron out the crumples in the paper bag.

According to a report by website The Vocket, numerous posts on Twitter showed how fans were turning The BTS Meal packaging into mementos or keepsakes, with some framing the paperbag or enshrining the whole set in a clear plastic box.

Released yesterday (May 26) in Malaysia and several other countries, The BTS Meal features the K-pop group’s signature order which includes one box of 10-piece nuggets, one medium fries, and one medium Coca-Cola with sweet chilli and Cajun dipping sauces. Each order is packed into BTS-themed packaging which features the group’s logo and signature colour.

According to a post on McDonald’s official Facebook page, Malaysia is the first Asian country to officially debut The BTS Meal on May 26, ahead of Singapore and even the boy band’s home country South Korea where it is slated to release on May 27.

It was reported that fans formed long lines at McDonald’s outlets in Malaysia to purchase the items, which caused some concerns about social distancing measures during the ongoing pandemic.

Some users also shared that the McDonald’s online delivery website faced high traffic on the day of the BTS Meal release and had to be put in virtual waiting rooms to place their orders.

The fast food chain has listed the BTS Meal order as starting from RM17.83 on its website and it is available until June 16. 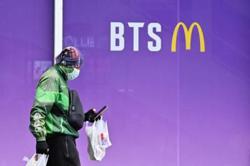