Barcelona's Mobile World Congress cleared to go ahead in person 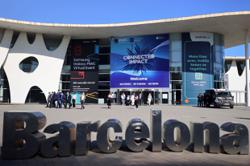 GSMA's CEO John Hoffman and Director General of the GSMA Mats Granryd attend a news conference on the 2021 Mobile World Congress (MWC21) in the Fira of Barcelona, Spain May 20, 2021. REUTERS/Nacho Doce

STOCKHOLM (Reuters) -The Mobile World Congress (MWC), the telecoms industry's biggest annual gathering, can go ahead as planned after Spanish authorities approved its health and safety plan, its organisers said on Thursday.

MWC, which will be one of the first big technology conferences staged in Europe since the start of the pandemic, is scheduled to run from June 28 to July 1 in Barcelona. The 2020 edition was cancelled due to the coronavirus pandemic.

"When we speak to the exhibitors, some are very hesitant, some are saying we are not coming as we have a travel policy, and some are saying that we normally send 250 people, we are just going to send five," Mats Granryd, director general of the GSMA, said in an interview.

"However those five are the right people, it is the CEO, or the CTO or the CFO."

Several conferences have cancelled physical events and have moved online. MWC will take place both as physical and digital forms.

Organizers of IFA consumer technology trade fair in Berlin on Wednesday cancelled https://www.reuters.com/technology/berlins-ifa-consumer-tech-fair-cancelled-coronavirus-lingers-2021-05-19 its September event, saying the pandemic had made it impossible to organise an in-person event.

The conference would only be cancelled if Spain closes its borders for health and safety reasons or forbids GSMA to organize the event, Granryd said.

About 70% of the roughly 600 speakers at the conference will be physically present, said the GSMA, the industry association that hosts the congress.

While several companies such as Nokia, Ericsson, Samsung and Cisco have pulled out from attending the event in person citing virus concerns, some have decided to join the event virtually.

As big companies give up their exhibition spots, smaller firms have moved in to occupy those stands. Cloud consultancy firm TelcoDR has signed up Ericsson's 6,000 square metre stand at the conference, for example.

GSMA is dependent on the revenue generated by the conference and the losses due to the cancellation of the show last year would take several years to recuperate.

"The effect of GSMA was severe ... had to shed up to almost 40% of our employees," Granryd said. 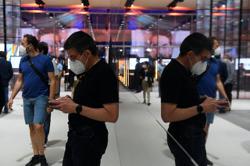 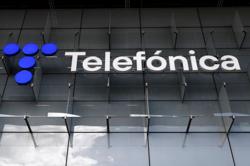