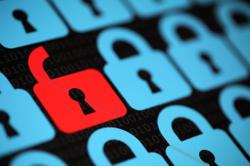 GPS nav apps may be good for individual drivers' commute times, but they may also be slowing traffic overall and ruining neighbourhood vibes across the nation. — Dreamstime/TNS

Dear EarthTalk: What are the environmental pros and cons of so many of us relying on GPS apps (Waze, Google Maps, etc.) to get around these days?

It’s hard to measure whether having GPS apps on our smartphones is positive or negative for the planet, but some environmentalists are sceptical.

Indeed, the rise of Waze, Google Maps, Inrix and other apps that respond to live traffic data to reroute drivers accordingly — not to mention the concomitant proliferation of app-following Uber and Lyft drivers — has turned millions of formerly main-route-following drivers into sneaky shortcut seekers. Formerly quiet peaceful neighbourhoods may never be the same again.

On the plus side, the widespread use of these apps saves individual drivers some time and may slightly reduce the amount of time we all spend burning extra fuel by idling in congested traffic. But the data on this is mixed and warrants further research.

While you may have gotten to work three minutes faster this morning, what was the cost? Neighbourhoods everywhere are miffed at the proliferation of cars racing through formerly quiet back streets to circumvent the latest highway logjam.

The problem has been especially noticeable in already car-crazed Los Angeles, where neighbourhood streets filled up with traffic once Waze hit the market in 2011 and started alerting Angelinos of the fastest, least congested routes to and fro. As more and more drivers followed Waze’s directions, the app sent them deeper and deeper into formerly forlorn byways. With Google Maps, Inrix and others following Waze’s lead, the problem has only gotten worse in recent years.

Research out of the University of California’s Institute of Transportation Studies (ITS) concludes that while GPS apps are helping individuals get from point A to B faster, they are also making congestion worse overall. ITS’ traffic simulations show how freeway flow changes in response to an accident when no drivers use GPS apps versus when 20% of drivers have them activated. With more app-using drivers, congestion builds up at off-ramps and traffic on the highway slows.

“The situation then gets much worse because hundreds of people just like you want to go on the side streets, which were never designed to handle the traffic,” says ITS director Alexandre Bayen. “So, now, in addition to congesting the freeway, you’ve also congested the side streets and the intersections.”

Critics of the apps blame the software designers — not us consumers just trying to get to and from work or the grocery store — for the negative effects on traffic flows and neighbourhood peace. If the apps are so smart, why can’t they disperse drivers onto different routes and away from back streets and quiet neighbourhoods to smartly reduce congestion overall?

To wit, later this year Google Maps will start routing drivers to the most fuel-efficient route — not necessarily the fastest — to reduce greenhouse gas emissions and save drivers money in fuel costs. If the greener route is significantly slower than another way, the app will give users the option to choose for themselves, but at least this move is a nod to how much greenhouse gas busting power a little bit of code on your phone can have to help save the planet. – The Environmental Magazine/TNS 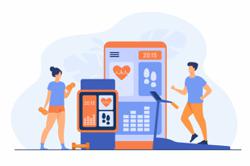 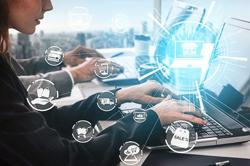