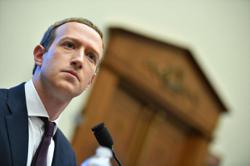 Trump will find out this week whether he gets to return to Facebook. The social network’s quasi-independent Oversight Board says it will announce its decision on May 5 on a case concerning the former US president. Trump’s account was suspended for inciting violence that led to the deadly Jan 6 Capitol riots. — AP

LOS ANGELES: Former US President Donald Trump was suspended from Facebook or Instagram over his role in the Jan 6 attack on the US Capitol seeking to overturn the 2020 election. Now, nearly four months later, Facebook’s Oversight Board said it will issue a ruling on whether he’ll be allowed back.

Facebook temporarily froze Trump’s accounts on Jan 7 through at least President Biden’s inauguration, with CEO Mark Zuckerberg citing the potential for ongoing violence for the decision. “We believe the risks of allowing the president to continue to use our service during this period are simply too great,” Zuckerberg said at the time. Twitter banned Trump permanently on Jan 8, while other Internet companies have taken similar actions to “deplatform” him.

Two weeks later, Facebook said the company was referring the decision about whether Trump’s accounts would be reinstated to its Oversight Board, a 20-member organisation established to adjudicate questions about content.

Now the Oversight Board – which received more than 9,000 public comments about Trump’s status at Facebook – said it would announce its decision in the matter on Wednesday, May 5, at around 9am ET.

Critics have long called on Facebook and other platforms to ban Trump to stop the spread of misinformation and inflammatory rhetoric. Conservatives have blasted moves to deplatform Trump as infringing his political speech.

Facebook established the Oversight Board, which some have referred to as “Facebook’s Supreme Court”, to take that responsibility out of the hands of the social giant’s executives. Under the Oversight Board’s charter, the decisions it makes are binding and, allegedly, cannot be overruled by Zuckerberg or anyone else at Facebook.

“Whether you believe the decision [to suspend Trump] was justified or not, many people are understandably uncomfortable with the idea that tech companies have the power to ban elected leaders,” Nick Clegg, Facebook’s VP of global affairs and communications, wrote in a blog post in January.

Echoing Zuckerberg’s past calls for clear government regulations that govern social media, Clegg wrote, “It would be better if these decisions were made according to frameworks agreed by democratically accountable lawmakers. But in the absence of such laws, there are decisions that we cannot duck.” – Variety/Reuters 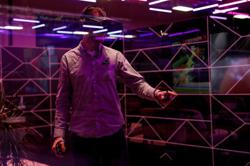