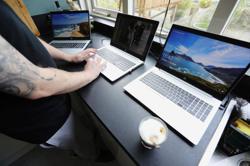 Even as the pandemic pressure lifts, companies see a changed workforce. — Dreamstime.com/TNS

As remote work evolves from a stopgap measure during the pandemic into an ongoing way of life, a new job is emerging in corporate ranks: director of remote work.

Tech giants such as GitLab, Facebook, Twitter and Quora are among the first and best-known companies to carve out a new position dedicated to remote work, tapping executives with backgrounds in finance, law, land acquisition and consulting.

But it’s happening informally inside many companies.

“I report to a CEO who is asking me what other companies are doing, what benchmarking is out there,” said Becky Lauseng, the human resources director at the Minneapolis-based farm management software company, Conservis.

Lauseng, who also is president of the Twin Cities Society for Human Resource Management, sees many of her HR peers taking on expanded roles.

They are working with the real estate department to consider downsizing office space, and discussing tax implications of hiring work-from-anywhere employees in multiple states or countries. They’re spending more time with the IT department to ensure workers have tools they need to work from home. And they continue to serve as the bridge between employees and management.

“We've always been viewed as a support function,” Lauseng said. “I think the pandemic has given HR professionals increased job security. They have a more strategic role in how this is going to play out.”

Advocates of having a person or team dedicated to remote work say it can help businesses make the transition into a fully remote or hybrid workforce in a strategic, methodical way, without sacrificing culture.

“We need to apply some different practices to the remote world,” said Harvard Business School professor Raj Choudhury, whose research focuses on the future of work.

The role is especially important for companies where having a remote workforce is a big departure from the old ways of working, he says.

“It's an organizational transformation. One good first step is to find or designate someone to be head of remote.”

Theresa Glomb, a University of Minnesota business professor and organizational psychologist, was originally skeptical of the need for a new role.

“Why would we need this?” she said. “This is human resources work.”

But Glomb noted that managing a hybrid or all-remote workforce brings up distinct yet overlapping challenges across every corner of the company. There's value, she said, in having a leader who can see how all the pieces work together.

“It's kind of approaching it in a more intentionally way,” she said. “How do we intentionally craft a new normal? Before the pandemic, people were struggling at work. They were burned out, they were overloaded. This gives organisations an opportunity to rethink what work looks like in the future.”

Target Corp hasn’t created a “director of remote work” title per se, but for much of the past year, the retailer’s human resources chief, Melissa Kremer, has been acting the part.

She led a team of leaders from operations, technology and properties to guide the Minneapolis-based retailer’s decisions about its corporate workforce.

A recent decision to pull out of a major office hub in City Center office illustrates how a strategic and cross-functional approach to remote work is playing out.

With Target’s new flexible-work policy, where most corporate employees will work part-time in the office and part-time remotely, the retailer needed less office space, Kremer explained in an e-mail to employees. The benefit of relocating 3,500 Target employees to other corporate campuses outweighed the costs of holding on to a lease that wasn’t set to expire for more than a decade.

At Medtronic, Human Resources Vice President Matt Walter meets just about every day with his corporate peers in facilities, IT and various medical groups. Shared input and responsibility across multiple divisions of the medical device company has worked so far, Walter said, and it's unclear now how the executive team will restructure.

“What we haven't gotten to yet... is once we enable this, and have our philosophy and strategy down, who is going to own it?” Walter said. “Or do we need to have a specific role or title for someone to be accountable for this? I don’t think we’ll do that. I think we’ll probably find a home within those organisations that will own the different programmatic elements.”

Darren Murph, who has been head of remote at software company GitLab since 2019, believes many organisations are saying, “Let’s iterate on the job description as we go.”

“These firms realise that significant change is unavoidable,” he wrote in a LinkedIn essay. “They would rather embrace this now as a means to bolster their operational strategy, even if they are not entirely clear on the depth and breadth of change that awaits.”

Lauseng, the HR director at Conservis, thinks there’s something to the trend even if it doesn’t come with new nomenclature.

“I have not seen people carving out a title specifically to own that,” she said, “but I tell you, it’s definitely been added to the plate of the HR professional. It wouldn’t surprise me if it’s something we start to see as 2021 continues, however.” – Star Tribune/Tribune News Service 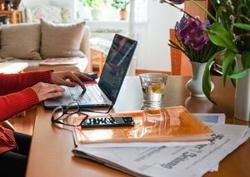