The Sony DualSense wireless controller for PS5 was the best-selling accessory in the first quarter in the US. — AFP Relaxnews

In the United States, the video game industry continues to do blockbuster business.

Americans are avid fans of gaming, as this NPD study shows. The sector is showing an 18% increase in March 2021 compared to the same period last year. This increase is not unrelated to the release of the PlayStation 5.

Analyst Mat Piscatella, who specialises in the world of gaming at NPD Group, took to Twitter to reveal some impressive figures from the world of video games.

According to NPD Group’s report, the industry observed a significant jump in March 2021. Americans spent a total of US$5.6bil (RM23.09bil) in that month alone – an astronomical figure that marks an increase over the same period last year of 18%. A record for this month.

In fact the gaming industry has never been in better shape. This is at least what this report tends to show by revealing the amount of spending in the first months of 2021 with US$14.9bil (RM61.44bil), an increase of 30% compared to the same period in 2020, explained Piscatella.

Accessories, meanwhile, generated US$300mil (RM1.23bil) in March, with a 26% increase over March 2020. According to information revealed by Piscatella, the Sony DualSense wireless controller for PS5 was the most purchased accessory during this period. Since its release five months ago, the PlayStation 5 has become the fastest-selling console in the United States.

US NPD ACCESSORIES - The PS5 DualSense Wireless Controller White was the leading accessory in dollar sales for the month of March as well as the first quarter.

In terms of games, it is Call Of Duty: Black Ops Cold War that takes first place for most sold games in March 2021. Last February, Activision revealed that the FPS had accumulated more than 100 million active players during the last three months of 2020. – AFP Relaxnews 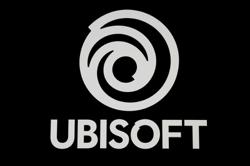