By Phoebe Zhang and Coco Feng China has heavily promoted its BeiDou alternative to the GPS system, mandating it be installed in millions of trucks, boats, and buses. Users have reported constant problems, but claim they are given hefty fines for glitches. — SCMP

Chinese authorities are investigating after a truck driver took his own life after he was allegedly fined 2,000 yuan (RM1,262) because his satellite navigation had become disconnected.

The incident has highlighted problems encountered by domestic users of the Chinese-made BeiDou Navigation Satellite System, which the Chinese government hopes will rival the US’ Global Positioning System (GPS).

The truck driver, surnamed Jin, killed himself on Monday afternoon during a routine transport check-in at Tangshan, Hebei province, the local government said on Weibo on Tuesday. The local police and medics had rushed to the scene, but the driver passed away in hospital.

He earlier sent a suicide note in a WeChat group for drivers, saying: “The checkpoint said my BeiDou was disconnected, fining me 2,000 yuan (RM1,262), but how was a driver supposed to know? I don’t think I can live long, so I’ll use my death as a wake-up call for authorities.”

He also called his son and told him: “Take care of your grandmother and your two sisters”, The Beijing News reported.

Jin’s son told the newspaper that he received a phone call from the police and then saw his father in a coma at a nearby hospital. He said the family was not well-to-do and could not cope with a heavy fine.

The local government said it would conduct an investigation.

China has been consistently developing and promoting its BeiDou network. The features have already been built into many popular smartphones. The central government has ordered all passenger buses, heavy trucks and fishing boats to install BeiDou terminals to ensure real-time monitoring and tracking. As of 2017, 22 million vehicles and 50,000 boats had been fitted with BeiDou systems.

Under Ministry of Transport regulations vehicles using faulty satellite navigation systems can be fined 800 yuan (RM505), while those who intentionally damage the system or block satellite signals, or manipulate and delete data will be fined between 2,000 yuan (RM1,262) and 5,000 yuan (RM3,155).

Jin’s experience with the BeiDou system is one shared by truckers across China, Yuan Peng, a 25-year-old former truck driver based in Guangzhou, told the South China Morning Post.

He said the BeiDou system is required to be installed on trucks, otherwise the Ministry of Transport will not issue a quality certificate for the vehicles.

The BeiDou system in the trucks keep track of hours on the road, and the drivers need to go through a mandated 20-minute rest every four hours, to prevent fatigued driving and safety risks.

“The trucks get pulled over on highways and police check the BeiDou system for resting hours, if you’re found to be driving in fatigue, you’ll be fined and your points get deducted,” he said. But he complained that when stuck in traffic jams, the drivers cannot take a mandated rest accordingly.

A Beijing-based driver surnamed Bai said that the system is deployed to alert the driver when he or she is speeding or has been driving overtime.

“When you keep driving for 3.5 hours, the alert will start,” said Bai.

He said that the navigation of his vehicle went offline once, in 2020, but it was during its parking, and his employer fixed the problem immediately after detection.

Bai felt that there was another drawback to the system because of commercial reasons. “Sometimes if we rush to deliver the goods, we just don’t want to stop.”

Other issues with BeiDou usage include the high installation fee. On truckers’ forums, the fee is a frequent focus of discussion, with posts describing anywhere between 300 (RM189) to 3,000 yuan (RM1,893).

Posts on the Hebei government website also complained of being fined over BeiDou disconnection issues.

Yuan said he was fortunate enough to never have been fined, but he knew many who have and they didn’t know how to appeal their cases. He said he hopes more attention can be given to solving the difficulties drivers encounter.

“I understand the driver’s suicide, he was trying to make a point with his death, so that people would care and solve the difficulties drivers face,” Yuan said. “He’s an epitome of the people living on the bottom of society.” – South China Morning Post

If you are having suicidal thoughts, or you know someone who is, help is available. Those in need of someone to talk to can call Befrienders at 03-7627 2929, email sam@befrienders.org.my or visit its website at www.befrienders.org.my. 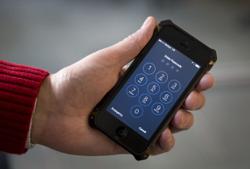