ByteDance CEO Zhang Yiming told employees to keep an ‘ordinary mind’ and make decisions without worrying about growth goals as the company moves closer to an IPO. ByteDance’s valuation has surpassed that of Coca-Cola as it searches for new areas of growth, including gaming and education, while challenges overseas continue. — SCMP

Employees at Chinese tech giant ByteDance, the owner of TikTok, should keep an “ordinary mind” and executives should avoid thinking of the tech firm as a “large company”, founder and CEO Zhang Yiming said in an internal speech on Tuesday, even as the company’s value has reportedly surpassed the market capitalisation of Coca-Cola and rumours swirl about an upcoming initial public offering.

“If we position ourselves as a giant company, [we will spend time] thinking about how big companies should hold annual parties and make grand strategies,” Zhang said during a livestreamed address to employees that marked the ninth anniversary of the online entertainment startup. ByteDance publicly released excerpts from the speech a day later.

“When we carry expectations, our actions will be distorted and easily complicated,” he said, referring to how titles can get in the way of thinking and making decisions.

In his hour-long speech, Zhang continually referenced the Buddhist concept of “ordinary mind”, telling employees to remain grounded, focus on understanding users and make decisions without being distracted by specific goals for growth. 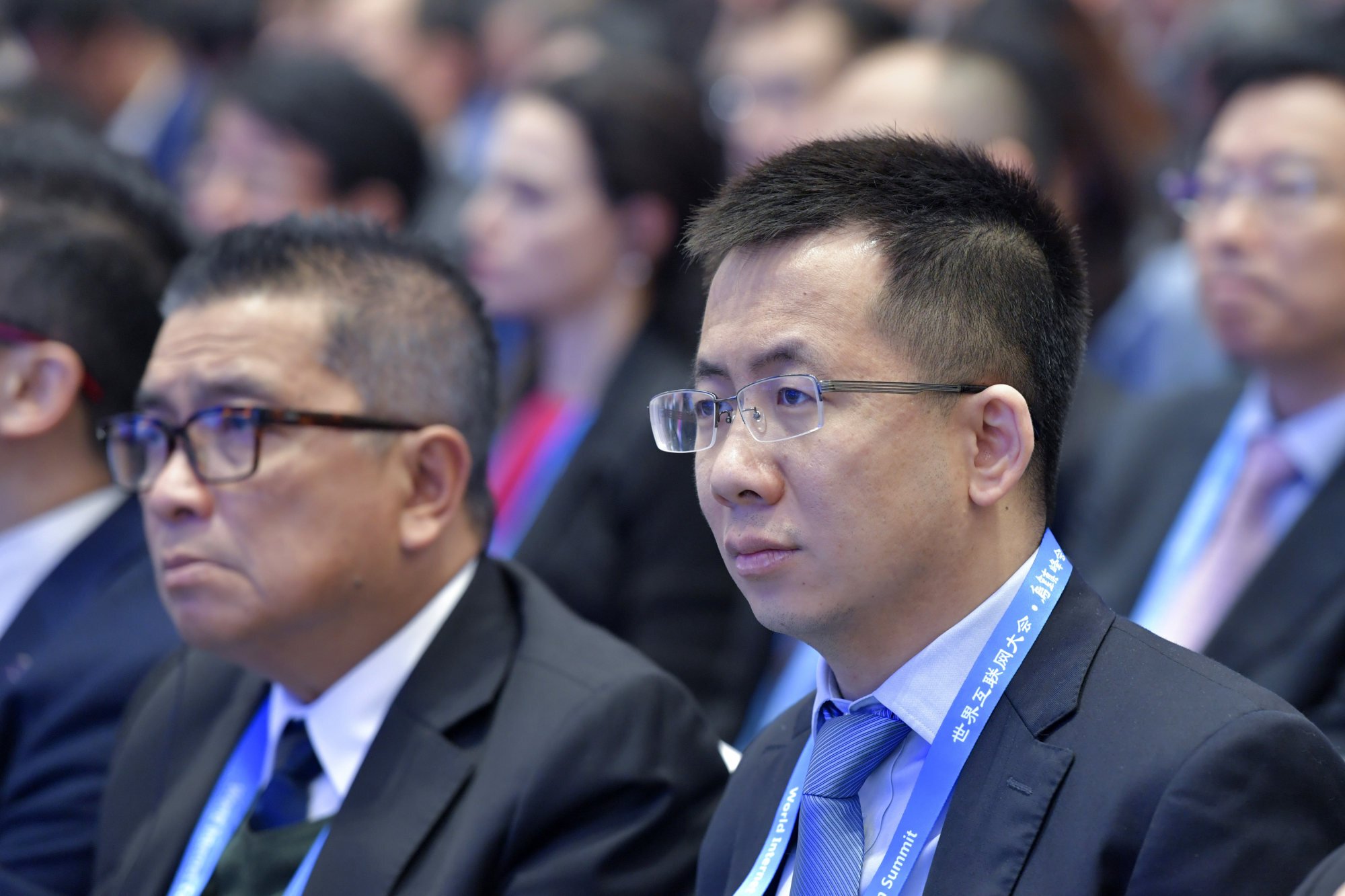 “This year, I hope that the company’s mindset will slow down to a certain extent,” Zhang said. “On the one hand, we can avoid the burden of short-term thinking and, on the other, maintain a broad vision for the future without fixed expectations.”

Zhang’s speech comes at a critical moment for the maker of the world’s hottest short video app. The last year was one of both rapid expansion and unexpected challenges for the company, which now has more than 100,000 employees and is still looking for new blood.

Beyond video, ByteDance is also looking to bolster its offerings in other areas, most notably gaming, education and lifestyle services.

Zhang referred to several new products that have made progress in the past year, including gaming studio Nuverse, artificial intelligence-powered education platform GGL and educational hardware team Dali Smart, according to local media LatePost.

However, the company continues to deal with headwinds overseas, particularly in two important markets: India and the US. India banned TikTok along with dozens of other Chinese apps last year on national security grounds, the same reasoning the US used to try to force ByteDance to divest itself of the app in the country, an issue that remains unsettled.

Still, investors continue to have big hopes for the company. ByteDance’s shares are trading at a valuation of more than US$250bil (RM1.03 trillion) in the secondary market, higher than Coca-Cola’s market cap of US$229bil (RM949.43bil), while Zhang weighs the options for an IPO, Bloomberg reported on Tuesday.

The company is also considering a separate listing in New York for Douyin, the Chinese version of TikTok, the South China Morning Post previously reported.

ByteDance recently filled a newly created chief financial officer role by poaching Chew Shou Zi from Xiaomi, signalling the company is getting closer to an IPO. Chew oversaw Xiaomi’s IPO in Hong Kong in 2018 and helped private equity firm DST Global invest in ByteDance in 2013 while he was working there.

Chew joined a panel discussion after Zhang’s speech on Tuesday, but he did not mention a potential IPO, according to two employees who asked not to be identified.

Zhang said that he hopes the company will see rapid growth, but he added that it should not be affected by “growth anxiety”.

“I was wondering if our company can create similar products,” Zhang said. ByteDance has been dubbed an “app factory” in the past, quickly rolling out new products and killing them just as fast if they fail to meet expectations.

TikTok has been its most successful app to date, and the first Chinese social app to become an international sensation. Noting the recent difficulties overseas, Zhang said he has been telling employees to “stay calm [and] be patient” during the crisis.

While pressure in the US has eased since President Joe Biden took office in January, challenges remain. The Biden administration suspended legal action against TikTok and is reviewing US policy regarding Chinese tech firms. But Biden himself has described China as the “most serious competitor” to the US.

“Don’t panic, and in most cases [you will] get the best outcome,” Zhang said. – South China Morning Post