China has increased scrutiny of its Internet giants in recent months, citing concerns over monopolistic behaviour and potential infringement of consumer rights. — Bloomberg

BEIJING: Chinese regulators recently summoned 11 domestic technology companies including Alibaba Group, Tencent and ByteDance for talks on use of ‘deepfake’ technologies on their content platforms, stepping up scrutiny of the sector.

China’s cyberspace administrator said in a statement on Thursday that it and the public security ministry met with the companies to talk about “security assessments” and potential problems with deepfakes and audio social apps. Kuaishou Technology and Xiaomi Corp also attended the meeting, it said.

All the companies did not immediately respond to requests for comment.

Deepfakes use artificial intelligence to create hyper-realistic but fake videos or audios where a person appears to say or do something they did not.

China has increased scrutiny of its Internet giants in recent months, citing concerns over monopolistic behaviour and potential infringement of consumer rights.

Regulators also told the companies to “conduct security assessments on their own” and submit reports to the government when they plan to add new functions or new information services that “have the ability to mobilise society”, the statement said.

There has been a surge in China in copycats of the audio app Clubhouse since the US-based chat service was blocked in the country in early February.

Clubhouse was briefly accessible in China, attracting many users who participated in discussions on sensitive topics such as Xinjiang detention camps and Hong Kong independence, before it was shut down by authorities.

TikTok owner ByteDance is one of many companies working on Clubhouse-like apps for the Chinese market, Reuters reported earlier this month. 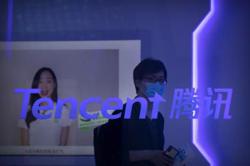 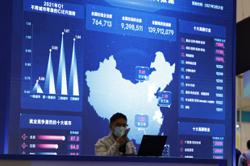