Covid-19 anchors ‘contactless’ in Europe, but consumers weary and wary

The study found that 73% of those surveyed associated at least one negative term with contactless, against only 58% who associated it with positive one. — AFP Relaxnews

PARIS: Consumers may see contactless shopping as more practical during the coronavirus pandemic, but they also see the lack of contact as eroding human relations, according to a study published on March 2.

Contactless payments and shopping were already present via online shopping, tapping bank cards or smartphone apps at shops, or with badges or cameras at highway toll booths or using virtual assistants.

But the Covid-19 pandemic has accentuated their presence and entrenched their use, the study “Contactless is taking control of our lives” by l’Observatoire Cetelem found.

But consumers have mixed feelings about this and overall “the experience is viewed in a negative light just about everywhere in Europe”, said Flavien Neuvy, who directs the economic research centre that is a part of bank group BNP Paribas.

The study found that 73% of those surveyed associated at least one negative term with contactless, against only 58% who associated it with positive one.

Loneliness and sadness topped the rankings.

“We’re also in a period where the situation is weighing on sentiment, where Europeans have the impression of suffering,” said Neuvy.

The results would certainly have been different if the survey had been conducted during the first wave of lockdowns one year ago, he added.

The surveys were conducted in 15 European countries in November and December using representative samples in each country.

Despite negative connotations with contactless, consumers also see the practical benefits, in particular being able to shop for groceries online, do their banking or deal with certain government bodies, as well as working from home.

But the study underscored a “loss of social contacts despite social networks” and found that human relations were the “Achilles heel of contactless”.

If 80% of Europeans expect a more contactless society in 10 years, only a slight majority of 53% said they considered this a positive development.

On a shorter-term horizon, l’Observatoire Cetelem found a crash in consumer sentiment in Europe, which fell in all of the countries surveyed.

Neuvy said the drop in the desire of European consumers to spend runs contrary to the experience during the global economic crisis in 2009 and during the European sovereign debt crisis in 2012. – AFP 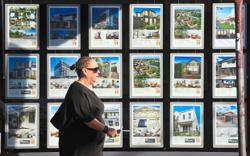 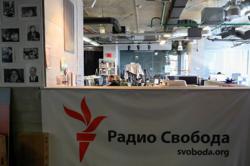