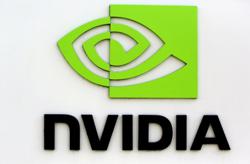 Demand for GPUs is surging amid a global chip shortage, with prices in Huaqiangbei, the world’s largest electronics market, changing along with bitcoin. GPUs, typically made for gamers, are useful for cryptocurrency mining, but the high energy consumption is frustrating China’s energy-saving push. — SCMP

Vendors are telling customers looking for high-end graphics processing units (GPUs) that they will only discuss prices for immediate purchases or depending on the size of the deal. Amid a global chip shortage and rising demand, many vendors are left with just a few dozen GPUs in stock, making it a tough seller’s market. One seller refused to even give a price quote unless customers committed to making a purchase that day.

“The quotations will be meaningless if you are not buying today. The prices are so volatile that you’ll have a very different offer tomorrow,” said one seller on Monday from behind a computer, giving occasional glances at potential buyers. The middle-aged man runs a small gaming equipment store on the fourth floor of Huaqiang Electronics World, a large mall where most of the area’s graphics card vendors set up shop.

“Tell me the price you’re thinking of and I will see if I can sell the cards to you,” he said. “I have hundreds of inquiries from other buyers who are ready to make a deal now.” 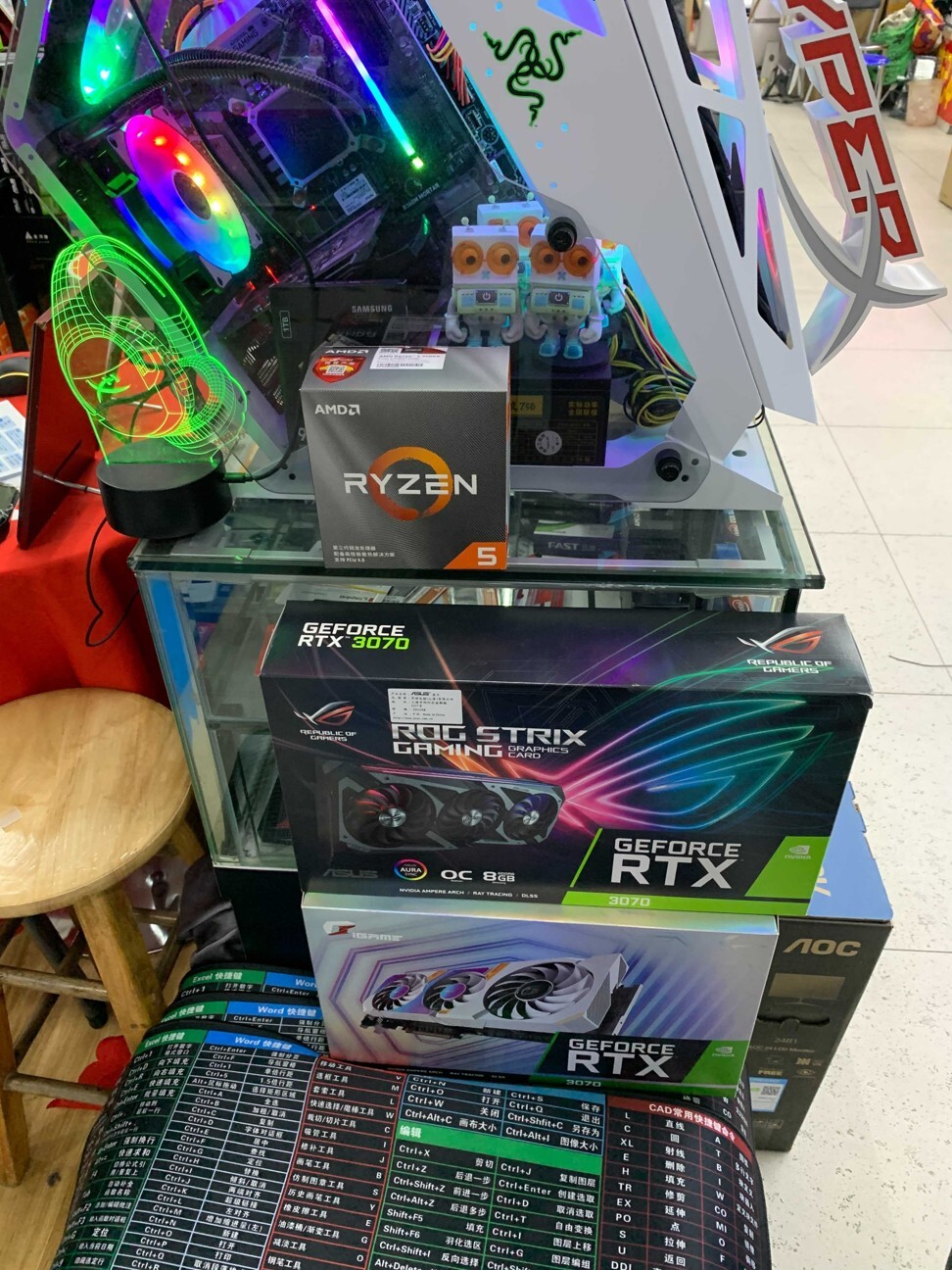 Powerful GPUs are typically coveted by gamers because of their ability to quickly render 3D graphics in real time. But cryptocurrency miners have found that this power is also very useful for their trade because of the much higher processing speeds for certain types of repetitive tasks relative to CPUs. With the price of bitcoin recently rising above US$50,000 (RM202,475), demand for GPUs has skyrocketed amid a chip shortage that persists in part because of manufacturing delays resulting from the Covid-19 pandemic.

Huaqiangbei has traditionally been the go-to place for hard-to-find electronics. It is home to dozens of multistorey malls with thousands of businesses selling various electronics and components. The area, located in China’s southern tech hub bordering Hong Kong, has become known as a tinkerer’s paradise, where they can pick up obscure fittings or accessories used to build or repair computers, smartphones and many other devices. The market’s lustre has dimmed in recent years because of the rise of e-commerce, but it remained a draw for many until the pandemic upended business.

“We used to have a lot of foreigners coming into our store for these graphic cards, but because of Covid-19 since last year, most of them are now making inquiries and deals through online channels,” the seller at Huaqiang Electronics World said.

GPU prices online have also surged to multiple times their suggested retail value. Nvidia, for example, lists the prices of its GeForce RTX 3070 and 3080 as 3,899 yuan (RM2,442) and 5,499 yuan (RM3,444), respectively. The cards are sold out from Nvidia, however, and vendors on Taobao, owned by South China Morning Post parent company Alibaba Group Holding, are selling them for nearly twice as much. 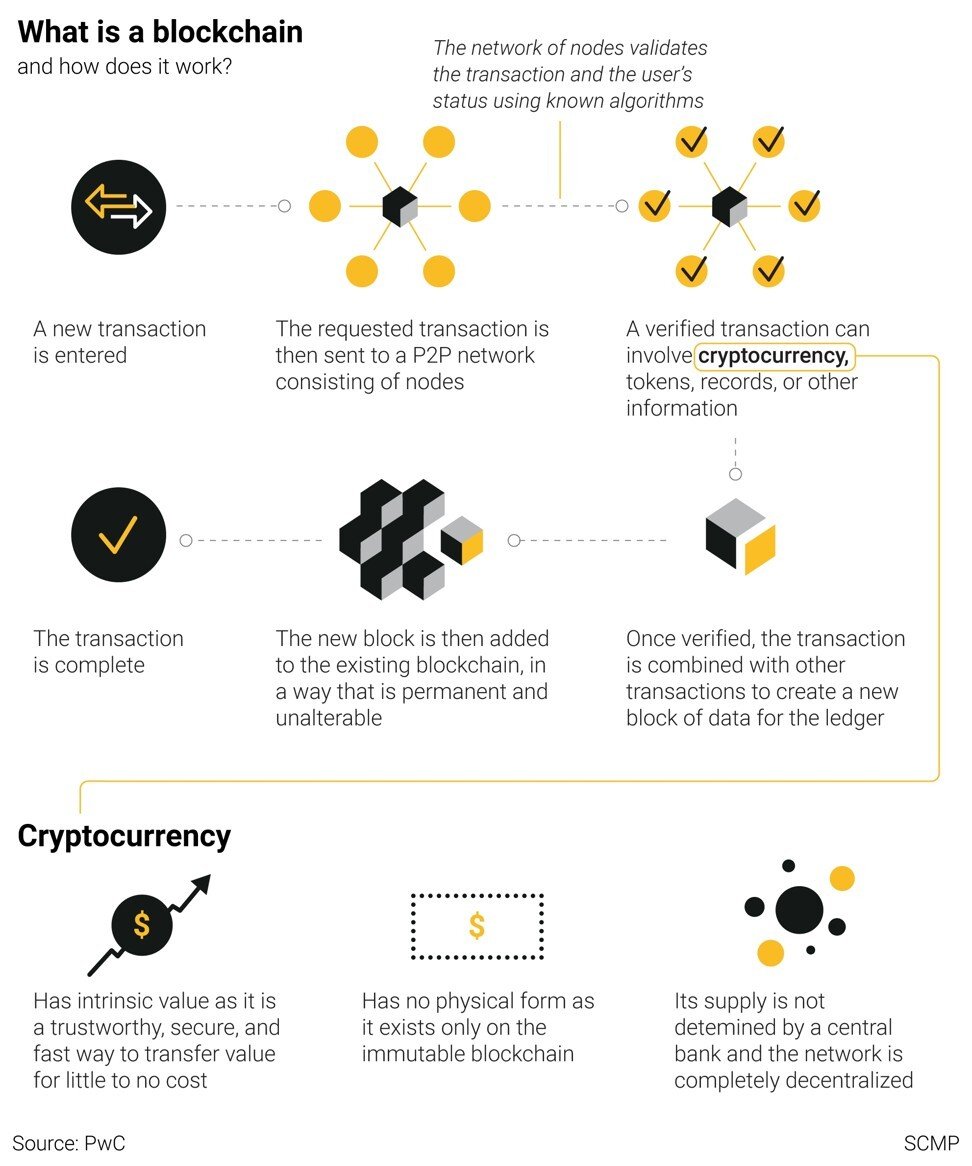 If getting GPUs online is proving difficult, buyers showing up to Huanqiangbei are not finding better deals. One seller surnamed Chen offered the 3070 for 8,200 yuan (RM5,136) and the 3080 for 12,800 yuan (RM8,018). While the mark-up is significant, the prices are better than last week. For buyers wondering whether to hold out for a better deal, vendors had this advice: follow the prices of cryptocurrencies.

“Please keep a close eye on bitcoin prices, then you can get the price trend of graphics cards,” one vendor said.

The price of bitcoin surged to an all-time high of more than US$57,000 (RM230,821) on Feb 21, boosted by support for cryptocurrencies from large companies such as Tesla and Mastercard. Since its peak, bitcoin lost about 20% of its value before creeping back up to around US$50,000 (RM202,475) at the beginning of March. Other cryptocurrencies, including ethereum, have followed similar trajectories.

“The graphics cards market is changing fast now, so the price of graphics cards fluctuates frequently... it’s different every day,” said Chen, adding, “If you make sure you want to buy them today, I can get some for you.”

Shortages and inflated prices have made it difficult for gamers looking to pick up the latest-and-greatest GPUs. Nvidia has vowed to secure more supplies just for gamers. The company said in a blog post on Feb 18 that it reduced the efficiency of mining ethereum for its newly launched GeForce RTX 3060, halving the hash rate, or the hard-to-solve math problems that make cryptocurrency possible on blockchain.

“We designed GeForce GPUs for gamers, and gamers are clamouring for more,” Nvidia said in the post. “We’re taking an important step to help ensure GeForce GPUs end up in the hands of gamers.”

Cryptocurrency mining is also causing problems for electricity consumption as China tries to meet its energy-saving targets. The complex math problems that make cryptocurrency secure consume a lot of energy.

To help with this, the northern Chinese region of Inner Mongolia plans to suspend all bitcoin mining projects before the end of April, as it faces mounting pressure to help China meet its energy goals. Many cryptocurrency miners are located in the area because of cheap electricity. Sichuan and Xinjiang have also proven popular areas for miners for the same reason. – South China Morning Post 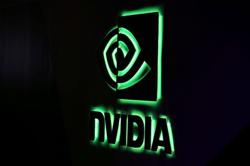 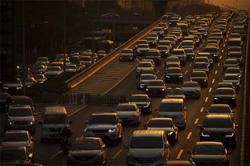