By Yujie Xue and Iris Deng

The change comes years after the Beijing Tobacco Control Association initiated a campaign to remove images of smoking on social media. China has one of the world’s highest smoking rates, with about half of all men taking up the habit and about 20% of all minors having tried it. — SCMP

WeChat, the ubiquitous super app known as Weixin in mainland China, has removed the image of a cigar in a popular emoji, years after an anti-smoking group warned that it complicated the fight against tobacco use among young people.

The emoji called “commando” – showing a man wearing a helmet and sunglasses, with a lit cigar between his lips – is widely used by Weixin users to describe someone at ease or chilling. Internet giant Tencent Holdings, operator of the multipurpose social media platform, said it has removed the image of the cigar from that emoji, according to its post on microblogging site Weibo on Sunday.

The makeover is expected to bolster anti-smoking initiatives in China, more than a year since the National Health Commission and seven other government agencies published tobacco control guidelines to prevent smoking among minors.

It also comes years after the Beijing Tobacco Control Association (BTCA), along with cyberspace authorities, started a campaign in 2017 to remove images of smoking on domestic social media. 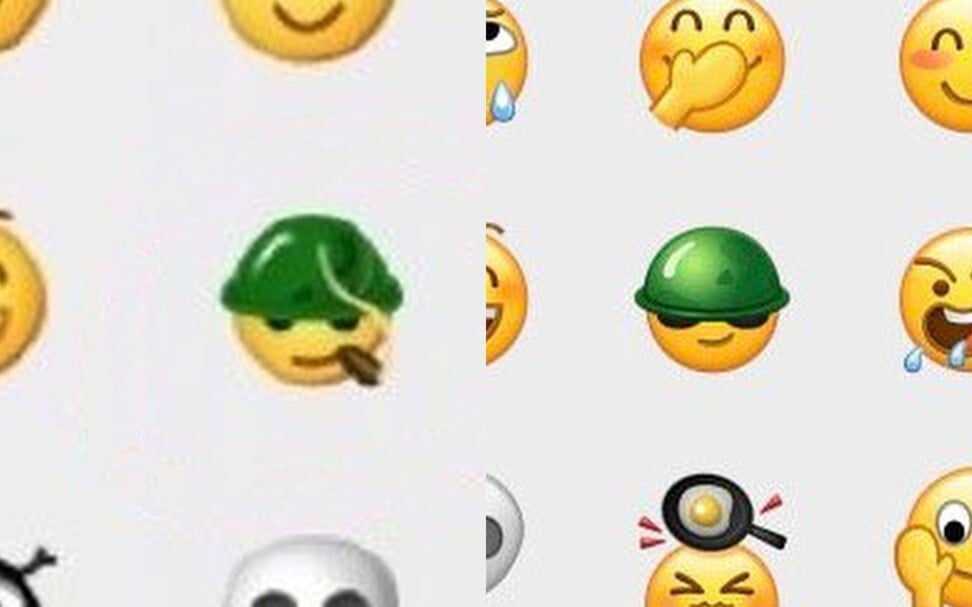 The BTCA campaign was initiated by volunteers who raised concerns about the possible influence on minors of tobacco use depicted in emojis across domestic social media, according to association president Zhang Jianshu in a phone interview with the South China Morning Post on Monday.

“We thought it was a little inappropriate for such highly used social media platforms to have emojis with images of smoking and relate these to concepts of ‘being cool’ or ‘chilling’,” Zhang said. “Those platforms have many young users, who might consider such emojis as advocating smoking.”

Weibo and QQ, another social media platform operated by Tencent, removed the cigar image from their respective list of emojis in 2017.

The BTCA’s Zhang said his organisation reached out to WeChat several times since 2017 to follow up on its request to change the commando emoji and remove the cigar’s image. Tencent cited the high cost of altering the emoji for the delay, but it promised to make the change in a major update of the WeChat app, according to Zhang.

WeChat and Weixin had a total of 1.09 billion daily active users, according to WeChat business group president Allen Zhang Xiaolong in a conference in January.

Tencent and WeChat did not immediately reply to requests for comment.

China has one of the world’s highest smoking rates, with about half of all men taking up the habit and about 20% of all minors having tried it, according to the Chinese Centre for Disease Control and Prevention. About one million people die each year in China because of smoking-related illnesses.

More than 20 Chinese cities – including Beijing, Shanghai and Shenzhen – have introduced smoking control regulations, including a ban on smoking in public places and in government offices.

Beijing took the national lead in banning smoking in restaurants, offices and on public transport from 2015, with offenders required to pay a fine of up to 200 yuan (RM125). Last year, the BTCA advocated for the inclusion of e-cigarettes in the ban.

WeChat’s emoji makeover was one of the trending topics on Weibo on Monday, with 560 million views and 26,000 discussions.

“Even the WeChat emoji has quit smoking. When will my partner quit?” said one of the most popular comments on the site. Still, not everyone was impressed by the change. “Is it really necessary?” one Weibo user asked. – South China Morning Post