By Moira Warburton and Sarah Berman 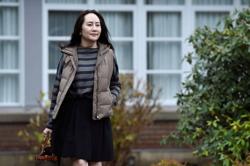 As five days of hearings in the British Columbia Supreme Court started, the defence drilled into the alleged sanction violations that led to Meng's arrest. The daughter of Huawei founder Ren Zhengfei is accused by the United States of misleading HSBC about her company's business arrangements in Iran, causing the bank to break U.S. sanctions.

Meng, 49, was arrested at Vancouver's airport in December 2018 on a U.S. warrant and has been living under house arrest while her case makes its way through Canada's courts.

U.S. prosecutors allege Skycom operated as a Huawei affiliate in Iran and that Meng misrepresented this relationship. Meng allegedly made statements suggesting Skycom was sold to an arms-length third party, according to the prosecutors, when it was in fact sold to a parent company controlled by Huawei.

Addario countered that HSBC employee emails show that information about Huawei's control of Skycom was shared freely before and after this relationship was first reported by Reuters. (https://reut.rs/3q0dtIc)

Addario said that U.S. prosecutors’ evidence that HSBC made decisions based on Meng’s statements "is very misleading in that it underplays the global relationship manager’s knowledge.”

Canadian prosecutor Robert Frater opposed Addario’s call to admit new evidence on Monday afternoon, insisting that an extradition hearing is not a trial. He told the judge she's "not here to draw inferences about their (the bank employees) state of knowledge."

Frater argued that Meng's defence lawyers will have an opportunity to cross-examine bank witnesses about their knowledge of Huawei's affiliates at trial in the Southern District of New York.

Following testimony from Canadian border officials and police officers involved in the case in late 2020, the latest hearings will also focus on then-President Donald Trump's alleged interference in the case, as well as outstanding issues from witness testimony and other abuses of process arguments.

Meng's case is scheduled to wrap in May. 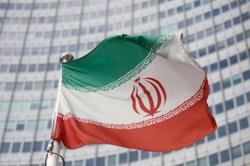