In acceding to pay some news publishers, and securing for itself the freedom to choose which ones, Facebook is making a small sacrifice to keep its larger ad empire intact. The company had more than US$85bil (RM343.35bil) in revenue last year, almost all of it coming from online advertising. — AFP

Australia on Feb 25 passed a world-first law aimed at forcing Google and Facebook Inc to pay for news. But after a forceful intervention from the world’s biggest social network, the reality is Silicon Valley’s titans are paying a small price for cementing their influence over the media industry.

In a high-stakes gambit, Facebook blocked the sharing of news links in Australia and from Australian publishers, sapping traffic to their websites and putting pressure on the government to soften its proposed legislation. Lawmakers did exactly that, and while it’s too early to declare a clear winner from the confrontation, Facebook is walking away satisfied that it didn’t have to cede too much ground.

The last-minute compromise means Google and Facebook have avoided what they feared most – forced arbitration that would dictate how much they pay publishers. Instead they get to choose which commercial deals to pursue, and will only face arbitration as a last resort.

While the threat of legislation has forced the tech giants to the table, the concessions mean Facebook can essentially follow a template it’s already used in the US and UK, and pay Australian publishers to populate its News tab.

In a blog post celebrating the compromise, Facebook vice-president of global affairs Nick Clegg said the company plans to spend US$1bil (RM4.03bil) globally over the next three years supporting the news industry. Analysts say such deals will likely favour the top end of town, with smaller publishers missing out.

“It does now seem to be a law without a pointy end,” said Belinda Barnet, a senior lecturer in media at Swinburne University of Technology in Melbourne. “If you’re a small outlet and your news appears in someone’s Facebook feed, there doesn’t appear to be a legal obligation for the company to pay. It seems that the big Australian media companies have been taken care of but it remains to be seen if Facebook will feel compelled to do deals with smaller news providers.”

Australia’s government started with a stark take-it-or-leave-it stance for US Internet giants to share revenue with local media, and Alphabet Inc’s Google has indeed struck a series of multiyear deals with publishers like News Corp. But Facebook has consistently argued that news and media content on its platform is voluntarily shared by its users and the publishers themselves, so it shouldn’t be charged for the practice.

The government’s concession leaves open the question of how smaller publishers will fare under the law. The country’s Public Interest Journalism Initiative warns of “unintended consequences by allowing any small to medium media outlets to fall through a gap”, owing in part to “a lack of sufficient expertise in complex negotiations with digital platforms”.

Both Facebook and the Australian government have spoken of the need to preserve and promote smaller journalistic organisations, without detailing concrete steps.

There’s no doubt the law has “changed a conversation from technical, legal considerations to a much more holistic view of what is going on online and in the sharing of that pool of revenue that is generated by advertising”, said Daniel Gervais, a professor of law at Vanderbilt University.

At the heart of the dispute is the distribution of online ad dollars. “There is only so much online income available for everybody,” Gervais said.

In acceding to pay some news publishers, and securing for itself the freedom to choose which ones, Facebook is making a small sacrifice to keep its larger ad empire intact. The company had more than US$85bil (RM343.35bil) in revenue last year, almost all of it coming from online advertising. Its net income in the fourth quarter alone was sufficient to fund 10 of the billion-dollar three-year plans the company has announced.

Australia sought to and succeeded in nudging the platforms to share a slice of the revenue. And while the law may not be as tough as originally intended, it sets a model that other global regulators may seek to emulate as they continue efforts to curb the market power of Google and Facebook.

Australia’s Treasury department will review the new law within one year to ensure it is working as intended. – Bloomberg 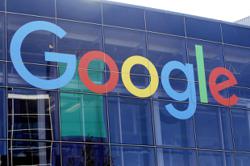