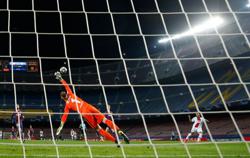 Even today, truck drivers still use CB radio to find out about things like traffic jams or just to chat. Could it have a future in driverless cars? — dpa

Citizens band radio, the beloved means of communication for truckers all over North America, Europe and elsewhere, is nowadays rarely used by motorists.

And yet the old technology is still highly valued by professional tractor-trailer drivers, who not only want information, but a little company too.

But fans of CB radio say the technology could become popular again in future, and perhaps even become a means of chat among bored long-distance travellers in autonomous cars.

In the coming decade, self-driving cars are expected to free up passengers to amuse themselves. This could allow us to chat with others on the road, Bormann says.

Talking may also be a welcome change from listening to the radio or watching Netflix, especially if autonomous driving establishes itself as a means of long-distance travel.

But wouldn’t people just keep using WhatsApp or some other digital chat service? One advantage over smartphones is that CB radio allows users to talk to several people at once, if not simultaneously, says Bormann.

Depending on the device, weather and sunspot activity, users of CB short-range radio can chat with one another over distances of up to several thousand kilometres.

While Internet-based services may transmit information faster and more reliably, there are gaps in signal coverage, whereas CB radio can be used anywhere.

While most people use smartphones these days, CB is still useful for some communities, particularly professional tractor-trailer drivers.

In the United States, a 2019 survey found that out of 3.5 million professional drivers, 90 per cent say the technology is essential.

RoadPro, a site selling equipment for truckers, says that “in many instances, truck drivers have been saved from hours of sitting in traffic because a fellow driver was able to warn them of an accident on their route” through the use of their CB radio.

The technology has also enabled a driver to contact another about a potential issue with their truck that they may be unaware of.

CBs open the line of communication, providing safer and smoother travels for drivers, the site concluded.

In the US, use exploded in the 1970s, during the oil crisis.

The oil embargo led to fuel shortages and rationing, and drivers started using CB radio to locate fuel sources. They could also share information about speed traps. Then, in the early 1980s, drivers could use it for free, fast and up-to-date information about traffic.

That’s become established over the past few decades, although no one really knows why, says Hofmann. Little equipment is needed to use the system, which is also inexpensive.

What many in Germany like about CB radio is that users are independent of other providers, whether they’re a mobile phone network, an electricity provider or a satellite operator, says Juergen Schoenberger of Josefs Funkladen in Passau, Germany. Users can communicate for miles without paying extra fees. – dpa