Australia’s government said on Feb 18, 2021 that Facebook was ‘heavy-handed’ and ‘wrong’ for introducing an unprecedented local ban on sharing news in response to pending legislation that would force the social media giant to pay for content. — AFP

BRISBANE, Australia: Australia on Feb 18 slammed Facebook as “heavy-handed” and “wrong” to impose a news blackout over a law that would force it to pay for content, warning the ban showed the immense power of Internet giants.

Facebook and other tech firms have pushed back hard against Australia’s world-first legislation, fearing it could create a global precedent and hit their business model.

From early Feb 18, Australians were unable to post links to news articles or view the Facebook pages of local and international news outlets, while users logged in overseas could not view Australian news pages.

“Facebook was wrong. Facebook’s actions were unnecessary, they were heavy-handed, and they will damage its reputation here in Australia,” said Treasurer Josh Frydenberg.

He stressed that the government remained “absolutely committed” to implementing its plan, which passed the House of Representatives late Wednesday and is now before the Senate.

“What today’s events do confirm for all Australians is the immense market power of these media digital giants,” Frydenberg added.

“These digital giants loom very, very large in our economy and on the digital landscape.”

Frydenberg’s criticism came hours after he tweeted that he had a “constructive discussion” with Facebook CEO Mark Zuckerberg.

Several emergency services were also caught in the blackout – with government pages alerting the public to Covid-19 outbreaks, bushfires and cyclones rendered blank, as well as the pages of domestic violence helplines and charities.

A Facebook spokesperson said official government pages “should not be impacted by today’s announcement” and the company “will reverse any pages that are inadvertently impacted”.

Some non-news sites caught up in the blackout gradually returned throughout the day.

Human Rights Watch Australia director Elaine Pearson described the block – which has also impacted Indigenous community pages and even Facebook's own page – as an “alarming and dangerous turn of events”.

“Cutting off access to vital information to an entire country in the dead of the night is unconscionable,” she said.

Several Facebook pages that regularly promote misinformation and conspiracy theories were unaffected by the ban.

“They’re effectively saying any information that is available on our site does not come from these reliable sources,” he told public broadcaster ABC.

“I would imagine that on quite sober reflection, they will start to become quite troubled about what that would mean for how their platform is perceived.”

Facebook said it had no choice but to implement the news block.

“The proposed law fundamentally misunderstands the relationship between our platform and publishers who use it to share news content,” said Facebook’s manager for Australia and New Zealand, William Easton.

“It has left us facing a stark choice: attempt to comply with a law that ignores the realities of this relationship, or stop allowing news content on our services in Australia. With a heavy heart, we are choosing the latter.”

Facebook’s hardball response contrasted with Google, which in recent days has brokered deals with media groups, including one with Rupert Murdoch’s News Corp.

News Corp was the last major private media yet to make a deal and was instrumental in pushing the conservative Australian government to tackle the tech giants.

Facebook’s Easton said the firm has argued to Australian officials that “the value exchange between Facebook and publishers runs in favour of the publishers”, and generates hundreds of millions of dollars of revenue for the media organisations in the country.

“We’ve long worked toward rules that would encourage innovation and collaboration between digital platforms and news organisations,” he said.

“Unfortunately this legislation does not do that. Instead it seeks to penalise Facebook for content it didn’t take or ask for.”

Australia’s competition watchdog, however, has maintained that for every US$100 spent on online advertising, Google captures US$53, Facebook takes US$28 and the rest is shared among others, depriving media outlets of revenue needed to support journalism.

The situation is mirrored in other parts of the world where tech platforms are facing increasing pressure to share revenue with news media. – AFP 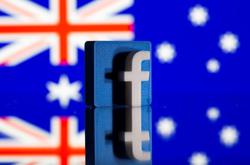 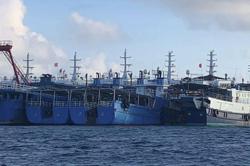