Italy’s data protection agency asked Facebook, the social media giant which controls messaging service Instagram, to provide further information and explain, if the girl did have profiles on those sites, how they were obtained. — AP

The child died in a Sicilian hospital after allegedly taking part in a challenge on video-sharing network TikTok, despite its terms and conditions stating that users must be at least 13.

Italy’s data protection agency last week blocked access to the network for users whose age could not be verified.

And following media reports that the girl also had accounts on other social networks, the watchdog said on Wednesday that it had “opened a file on Facebook and Instagram”.

It asked Facebook, the social media giant which controls messaging service Instagram, to provide further information and explain, if she did have profiles on those sites, how they were obtained.

“Above all, it has asked for precise information on how to register for the two social networks and on the age checks carried out,” the watchdog said.

The watchdog had in December filed a lawsuit against TikTok alleging a “lack of attention to the protection of minors” and criticising the ease with which very young children could sign up. – AFP 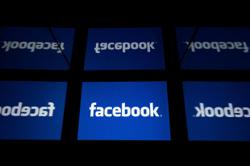