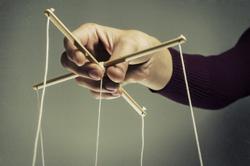 Media reported that the girl was taking part in a so-called blackout or hanging challenge on video app TikTok, which sees participants strangle themselves and film it with their smartphones to post online. — AP

Italy’s data protection watchdog ordered TikTok to step up enforcement of its age restrictions on Jan 22 after a young girl reportedly died from taking part in a social media challenge.

The Italian Data Protection Authority, a parliamentary body, demanded that TikTok immediately suspend accounts for which it could not verify the age of the user.

Media reported that a young girl called Antonella strangled herself with a belt at home in Palermo, Sicily, and was rushed to hospital on the evening of Jan 20 by her family after she was discovered by her sister.

Doctors were unable to save her and declared her brain dead, a spokeswoman for Di Cristina hospital confirmed on Jan 22.

The Italian judiciary and youth protection officials launched investigations into the circumstances of the young girl’s death.

Media reported she was taking part in a so-called blackout or hanging challenge on video app TikTok, which sees participants strangle themselves and film it with their smartphones to post online.

A TikTok spokesman said the company was ready to help the relevant authorities with their investigations, in a statement published by news agency Adnkronos.

Palermo’s mayor Leoluca Orlando said he and probably the whole city were “in shock”, in a Facebook post.

He said a debate about how young people use smartphones and social media is long overdue, “especially in the time of this pandemic, which has pushed us more and more towards digital communication”.

Psychologists and youth experts cited in the media on Friday called for lawmakers to consider tightening up laws on children’s use of mobile phones and social networks. – dpa

Shuffle, the app that wants to be the TikTok of podcasts 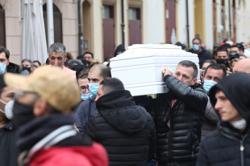