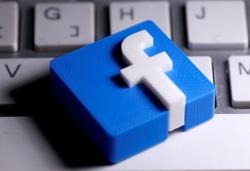 The Office of the US Trade Representative called it a ‘burdensome’ plan that will ‘exclusively target’ Google and Facebook ‘without having first established a violation of existing Australian law or a market failure’. — AFP

SYDNEY: The United States has urged Australia to abandon its plan to force Google and Facebook to pay media outlets for their news content, saying there could be “long-lasting negative consequences” for consumers and companies.

Australia wants to force the US tech giants to pay local media organisations for hosting news content or face millions of dollars in fines, in one of the most aggressive moves globally to check their power.

It will apply to Facebook’s “News Feed” and Google searches, prompting the digital firms to threaten to limit the services they offer Australians.

In a submission to an Australian Senate inquiry in the draft legislation, the Office of the US Trade Representative called it a “burdensome” plan that will “exclusively target” two American companies “without having first established a violation of existing Australian law or a market failure”.

“The US government is concerned that an attempt, through legislation, to regulate the competitive positions of specific players in a fast-evolving digital market, to the clear detriment of two US firms, may result in harmful outcomes,” the submission says.

“There may also be long-lasting negative consequences for US and Australian firms, as well as Australian consumers.”

The submission, dated Jan 15, argues the plan’s mandatory arbitration process to determine compensation for news businesses is “fundamentally imbalanced” in their favour, as news production costs must be considered but not the costs incurred by digital platforms.

It also says the world-first rules “could raise concerns with respect to Australia’s international trade obligations” by excluding foreign media from the compensation scheme.

The US submission urges Australia to suspend its legislative push to implement the rules this year to allow for more research and if necessary embrace a voluntary code of conduct instead.

“Australia should again consider promoting a voluntary code of conduct supported by, as appropriate, targeted regulations developed in an open and transparent process,” it says.

Canberra’s initiative has been closely watched around the globe, as news media worldwide suffer in an increasingly digital economy where advertising revenue is overwhelmingly captured by big tech firms.

It has received broad support from Australian media organisations, with many also being hit hard by a drop in revenue during the coronavirus pandemic.

The US federal and state governments meanwhile have launched a series of antitrust proceedings against Google and Facebook.

The Australian Senate inquiry is due to begin public hearings on Friday. – AFP

Google says Australian law on paying for news is unworkable 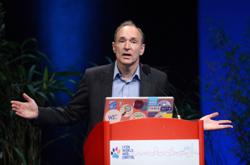