By DAVID KLEPPER and AMANDA SEITZ

A file photo of Trump supporters being confronted by US Capitol Police officers outside the Senate Chamber inside the Capitol in Washington. Online supporters of President Donald Trump are scattering to smaller social media platforms, fleeing what they say is unfair treatment by Facebook, Twitter and other big tech firms looking to squelch misinformation and threats of violence. — AP

Online supporters of US President Donald Trump are scattering to smaller social media platforms, fleeing what they say is unfair treatment by Facebook, Twitter and other big tech firms looking to squelch misinformation and threats of violence.

The efforts by those mainstream platforms, prompted by the deadly rampage at the US Capitol on Jan 6, will likely succeed, according to social media and misinformation experts. But the crackdown could send some of Trump’s fiercest supporters retreating to dark and secret spaces on the Internet where conspiracy theories and violent rhetoric run rampant.

“We’re going to see less opportunity to radicalise new people” on mainstream platforms, Kate Starbird, a leading misinformation expert at the University of Washington said Wednesday. “But for those who are already radicalised, or already down the rabbit hole with conspiracy theories, this might not make a difference if the places they go become echo chambers.”

For years, mainstream tech companies had been the target of conservative ire, with complaints that Facebook and Twitter enforce their policies with a political bias. The platforms also have been criticised for allowing harmful conspiracy theories and hate speech to thrive on their sites.

Then came an unprecedented response from the tech companies to the Capitol riot, fueled in part by false and misleading social media posts that undermined faith in the US election. Twitter banned Trump’s account, as well as 70,000 accounts associated with the far-right QAnon conspiracy theory. Facebook and Instagram suspended Trump through the end of his term, and removed posts fraudulently claiming that the US election was stolen. Snapchat also banned Trump, and on Wednesday, YouTube suspended his channel for at least a week.

The crackdown prompted many conservative posters to consider more obscure alternative platforms such as Gab, which has marketed itself to Trump supporters. Gab CEO Andrew Torba, who describes himself as a “Christian entrepreneur and American populist”, posted Wednesday that 1.7 million users signed up in the past four days.

“This is where we make our final stand for our sacred birthright bestowed by God and affirmed by our Founding Fathers,” read a comment shared by Torba.

Other platforms attracting Trump supporters include Signal and Telegram, messaging services already used by individuals and groups with different ideologies around the world, as well as a growing list of lesser-known platforms, such as Rumble, MeWe and CloutHub.

Telegram announced Wednesday that it had more than 500 million users, with more than 25 million signing up since Sunday.

Several Trump social media stars banished from the mainstream platforms have launched their own channels on the service, gaining thousands of followers in just days. A channel that claims to be run by conservative attorney L. Lin Wood Jr., who littered Twitter with false claims about the election and called on Parler for Vice President Mike Pence to be killed, has gained more than 100,000 subscribers since its first message was posted Monday. QAnon and far-right channels also have seen their membership boosted by thousands this week.

Many of these smaller sites already were havens for extremists and conspiracy theorists who have been kicked off Twitter, YouTube and Facebook, said Jared Holt, a disinformation researcher at the Washington-based think tank the Atlantic Council.

“In the worst-case scenario, I could envision there’s a potential here for mass radicalisation if droves of people show up on the platforms that have been the stomping grounds for extremist movements," Holt said.

These platforms still only have a fraction of the audience that Facebook or Twitter have, meaning it will be harder for conspiracy theorists and extremists to spread their message.

“There are trade-offs,” Starbird said of the platform’s crackdown: Less misinformation spreading in the general public, but also carrying the risk of concentrating misinformation on far smaller sites with few rules and little to no content moderation.

It’s also possible that some on the far right may take greater advantage of more-secure, encrypted messaging services offered by the likes of Signal, Telegram and WhatsApp, making it harder for researchers, journalists and government officials to monitor for signs of threats, according to James Ludes, a former congressional defense analyst and disinformation expert who runs the Pell Center for International Relations and Public Policy at Salve Regina University.

“They’re still here,” Ludes said. “If we knock all these folks into the dark shadows of the Internet, they’re going to continue to communicate, but authorities will have a harder time tracking it.”

Meanwhile, on fringe websites associated with the anti-government Boogaloo movement, planning continues for armed protests at state capitols. Chatter around such protests is present on some social media, Holt said, and an internal FBI bulletin this week warned of extremist threats at such events.

Organisers “are still intent on going forward”, Holt said. “It remains unclear what we could expect as far as turnout goes for that.” – AP 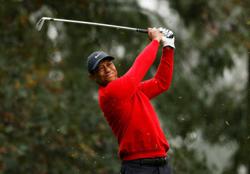