A man breaks a window as a mob of Trump supporters storm the US Capitol Building in Washington, US. Facebook has banned ‘over 250 white supremacist groups’ from its services, and is working to ‘prohibit QAnon and militia groups from organising on our platform’, the spokeswoman said. — Reuters

Facebook Inc said an increasing number of users are posting fliers and images using violent or incendiary language to promote gatherings across the country over the next week, echoing warnings from law enforcement that there could be another attack similar to last week’s riot at the US Capitol.

A Facebook spokeswoman said the social network is tracking “dozens” of fliers promoting events on Jan 17, Jan 18 and Jan 20, the date of President-elect Joe Biden’s inauguration. The company is removing the postings using image recognition technology, and many of the images calling for the gatherings in Washington and elsewhere have been flagged to Facebook by a group of partner organisations that track terrorism and cybercrime.

“We work with experts in global terrorism and cyber-intelligence to identify calls for violence and remove harmful content that could lead to further violence,” the spokeswoman said. “We are continuing all of these efforts and working with law enforcement to prevent direct threats to public safety.”

Facebook has banned “over 250 white supremacist groups” from its services, and is working to “prohibit QAnon and militia groups from organising on our platform”, the spokeswoman said.

After rioters supporting President Donald Trump stormed the US Capitol on Jan 6, Facebook suspended Trump from its services for fear his rhetoric could lead to more violence. Chief operating officer Sheryl Sandberg said this week that the violent riot was “largely organised” on other services. Many of the groups involved have historically used the social network to recruit and promote their messaging.

Facebook considers the US Capitol riot to be a violating event under its “dangerous individuals and organisations policy”, meaning content praising the event will be removed. – Bloomberg 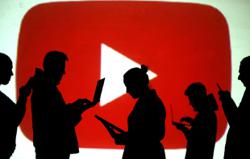