PewDiePie has been posting videos on YouTube for more than 10 years, and became the first creator to top 100 million followers. — YouTube Screengrab

LOS ANGELES: PewDiePie, the massively popular YouTube creator, will bring his videos back to Facebook after a more than four-year hiatus.

PewDiePie (real name: Felix Kjellberg) is the No. 1 most-subscribed individual YouTuber, with over 108 million subscribers and more than 26 billion views to date. The Swedish gamer, comedian and entrepreneur has an official Facebook page, with more than eight million followers. But PewDiePie hasn’t posted anything on the social service since December 2017 – and his most recent video on Facebook dates back to October 2016.

Under the pact, Kjellberg will continue to create and debut his popular videos and livestreams on YouTube. Jellysmack will then optimise those on-demand videos and distribute them on Facebook. The company said it will start uploading PewDiePie’s content, including from his library of more than 4,200 YouTube videos, to Facebook as early as this month.

“In this multiplatform video ecosystem, there are a lot of opportunities for creators to monetise their content, and our mission is to help them grow their audience and unlock their potential on each one,” Michael Philippe, Jellysmack co-founder and co-CEO, said in a statement. “We’re honoured that PewDiePie has entrusted his massive fanbase to Jellysmack and we’re excited to show him how we can turn Facebook into a true brand asset for him without adding work to his plate.”

PewDiePie has been posting videos on YouTube for more than 10 years, and became the first creator to top 100 million followers. In 2019, he was the most-viewed YouTube creator and last year inked an exclusive livestreaming deal with YouTube. He’s been ensnared in various controversies over his career: Almost four years ago, YouTube had severed its business deals with PewDiePie over videos he posted containing anti-Semitic jokes and Nazi imagery.

According to Tubular Labs, Jellysmack is currently the third largest US company in monthly unique social media video viewers, behind Disney and ViacomCBS. – Variety/Reuters 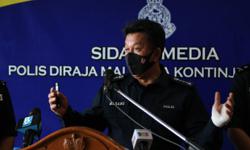