Smart cities are equipping authorities with the data needed to plan policies to keep their citizens safe and cities running smoothly in the new normal. — Vectorpouch/Freepik

As the world comes to grips with the Covid-19 pandemic, its widespread impact has driven cities to leverage technology to curb its spread.

The recent 2020 Smart City Index, by the Switzerland-based Institute for Management Development (IMD) and the Singapore University of Technology and Design (SUTD), found that respondents placed a heavy correlation between a city’s performance with how it was coping with the health crisis using technology.

The index ranked 109 cities based on respondent feedback in five areas: health and safety, mobility, activities, opportunities and governance.

IMD Smart City Observatory president Bruno Lanvin said the report suggested that cities that combine technologies, leadership and a strong culture of living and acting together would be able to better withstand the worst effects of the crisis.

Singapore took top spot in the index for the second time.

Smart Cities Network, a global organisation that connects cities’ stakeholders with technology and city development specialists to share knowledge and develop sustainable cities in line with the United Nation’s Sustainable Development Goals, noted that the island nation’s ranking could be attributed to its contact tracing technology.

“Data related to movement of people and disaster management is always criteria to make a smart city as it informs policy on how the government can react to a new problem,” its chairman Tay Kok Chin said.

Singapore had been using two services – TraceTogether and SafeEntry – to keep tabs on its citizens’ movements and ensure social distancing protocols were maintained.

TraceTogether is a contact tracing app which uses Bluetooth to exchange anonymised proximity information between users’ devices, which can be shared with the Singapore Health Ministry to find citizens that may have come into contact with someone that tested positive for Covid-19.

Meanwhile SafeEntry is a national digital check-in system that logs an individual’s identity card and mobile number when entering a particular premise to prevent and control the transmission of Covid-19. Users can either scan a QR code using various mobile apps to check-in, or do so manually with proof of identity.

Malaysia’s MySejahtera app functions in a similar manner, while some states like Selangor has its own service, SElangkah. 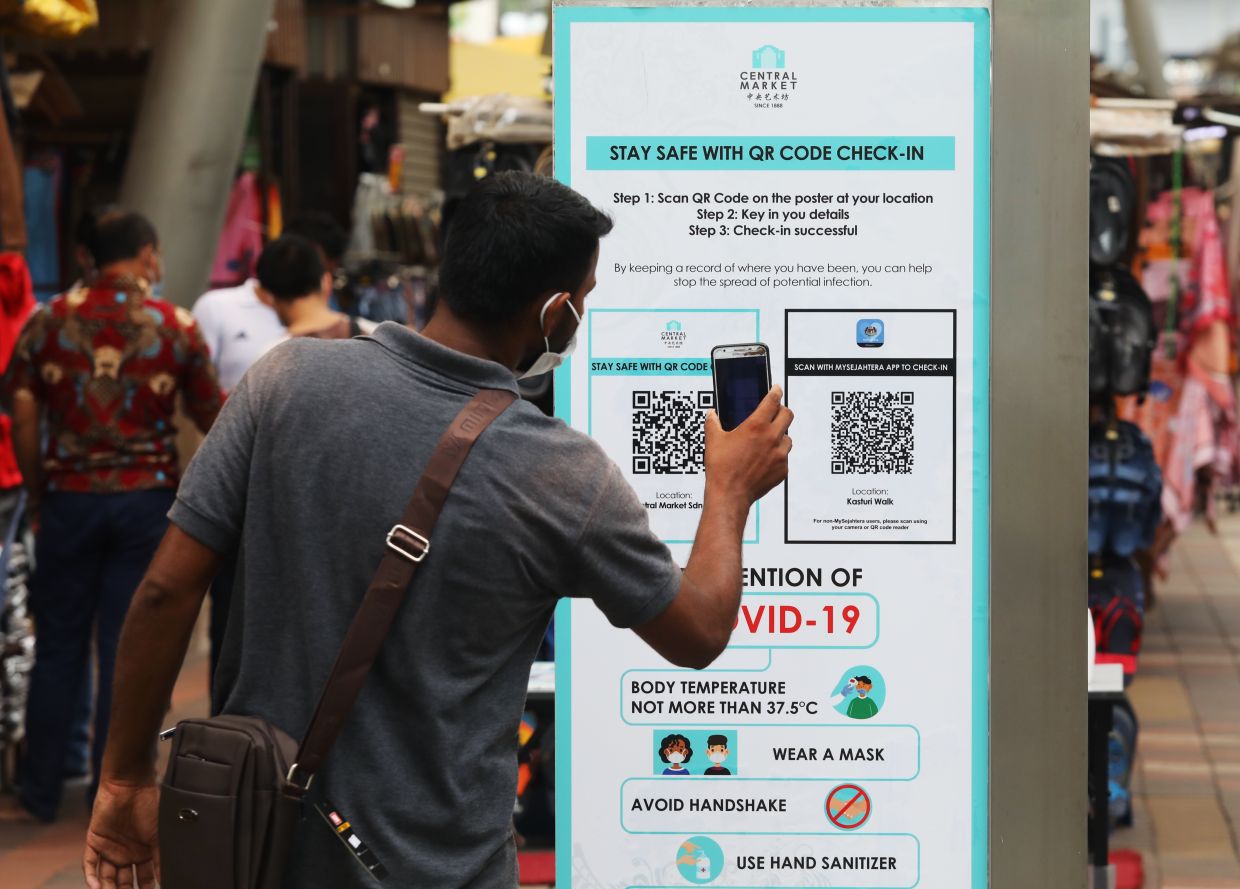 Checking in via MySejahtera has become part of the new norm. — SAMUEL ONG/The Star

The Singaporean government introduced TraceTogether on March 20, followed by SafeEntry on April 23. MySejahtera was launched on April 20.

Singapore’s Smart Nation and Digital Government Group (SNDGG) said that the adoption rate of the TraceTogether app was in the low 60%. 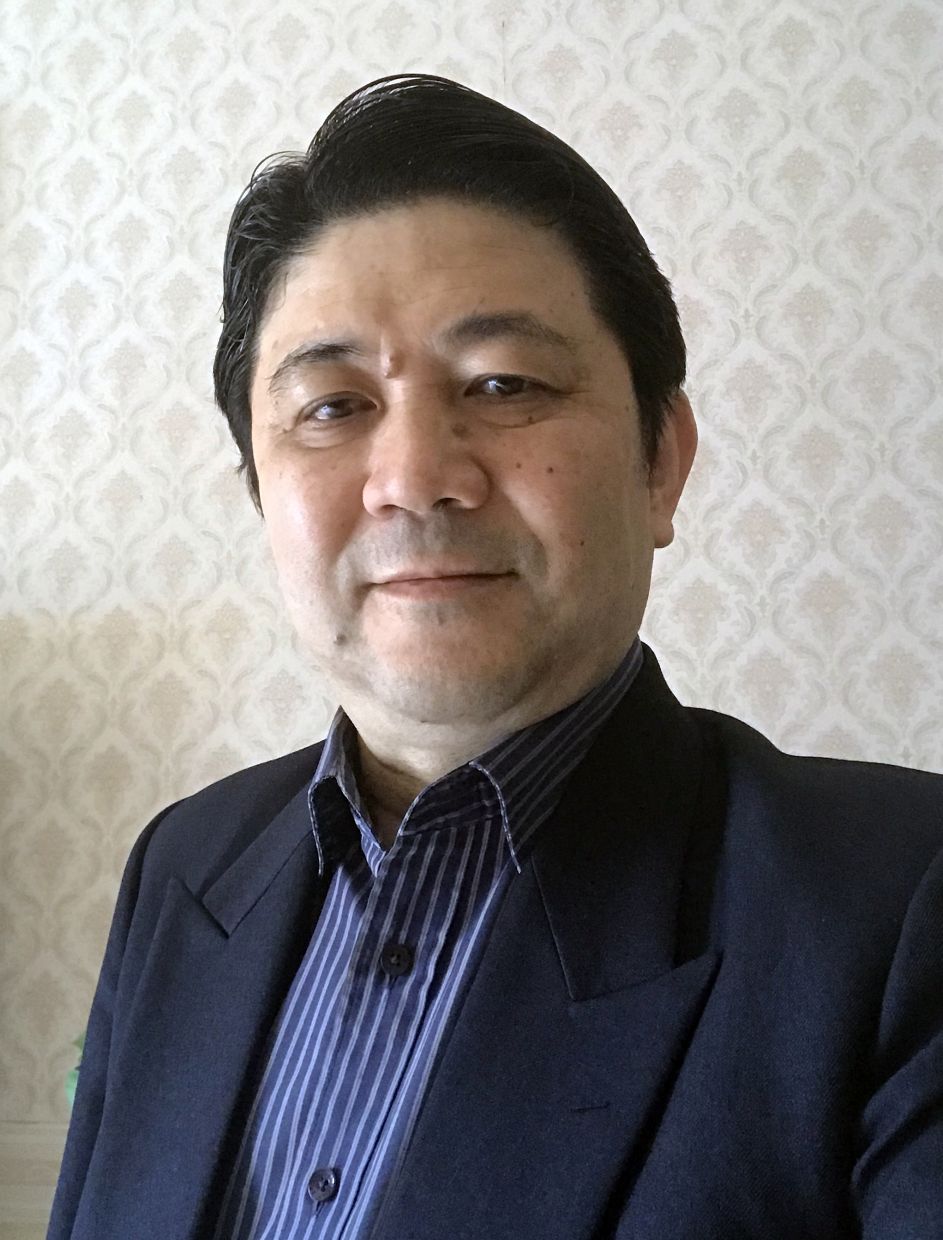 Tay spoke on how contact tracing apps helped Singapore manage the pandemic, and the importance of data in disaster management. — TAY KOK CHIN

A survey by research firm YouGov done in December found that 23% of people had not downloaded the app, while 11% downloaded it but then deleted it.

Respondents to the survey explained that the top reasons to not use the app was that they did not want to keep their Bluetooth on constantly and that the app used up too much battery power.

The third most popular reason given was not wanting to download more apps.

SNDGG had clarified that the TraceTogether app and tokens – a Bluetooth device users could get that would do the Bluetooth tracing instead of using their smartphone – were designed to protect privacy, as no GPS location data was collected and Bluetooth signals between devices were encrypted and anonymised.

Tay noted that TraceTogether was less popular with the public than SafeEntry, which was mandatory.

A Penangite who emigrated to Singapore in 1996, he said TraceTogether’s lower takeup rate could be attributed to Singaporeans being generally not bothered if it was not compulsory to do so. However, like other Asians, they were amenable to following authorities’ instructions, which made it easier to implement such technology.

“Technology is just an enabler. Smart cities are about the people, technology alone doesn’t make a city smart – its citizens too must want to achieve something using the technology,” he said.

On the home front just across the Causeway, another smart city, Iskandar Malaysia, was also exploring how technology could keep its citizens safe. 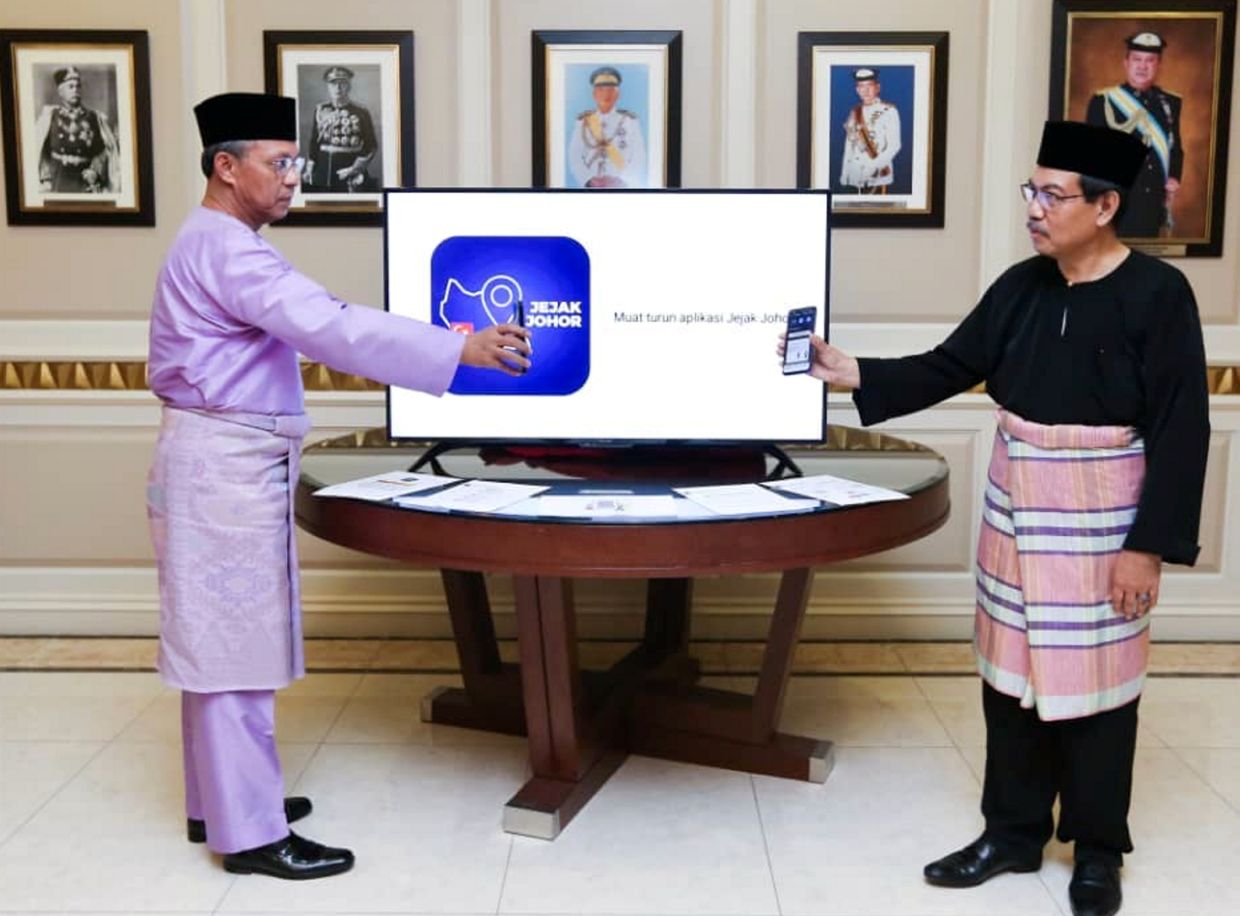 She said such apps do a better job monitoring social distancing, especially in crowded areas, compared to check-in systems that only list the names of people entering a premise but are unable to monitor social distancing.

She elaborated that checking in was a form of active monitoring, which required conscious effort from both the premise owner and visitors to register their attendance at a premise.

“Here lies the challenge to ensure compliance especially for big venues such as shopping malls, stadiums and religious premises that attract big, free moving crowds that interact and pass each other near corridors and restrooms,” said Maimunah, adding that this method may have gaps in actual contact tracing movement.

In contrast, passive monitoring using a smartphone app may be less of a hassle, since users don’t need to fish out their phones at the entrance of every premise and thus gives a sense of pre-Covid normalcy.

“Both apps have their own objectives, but contact tracing apps should be used due to the wider data it can capture to ensure social distancing. With a little bit of tweaking, it can help to enforce social distancing at premises and to monitor home quarantine,” she explained.

Maimunah added that while promoting Jejak Johor, the government did find that it required more self-discipline from users to ensure they switched on both the app and their device’s Bluetooth.

Asked if other methods of monitoring like street CCTV cameras or traffic data could be used to monitor the public’s movement and density of crowds, she said such technology would require extensive infrastructure to ensure data was captured accurately and thus would not be the first solution to the issue.

Meanwhile in Khon Kaen, a city in the northern Thailand state of Isan, CCTV was being used to monitor its citizens.

During a presentation at the TechFest 2020 web conference in November, she said that CCTV cameras that were used to catch drivers who break speed limits, and flying drones used for smart farming, were now helping to nab curfew violators.

Maimunah agreed that CCTV cameras and drone surveillance could assist police efforts, though it raised issues on ethics and privacy rights, while a ‘Big Brother’ surveillance state with facial recognition would erode public trust.

“If we are to venture into technology for surveillance, we also need to review the current Police Act’s scope and role to enable technology to be used for matters related to summons and criminal charges,” she said. 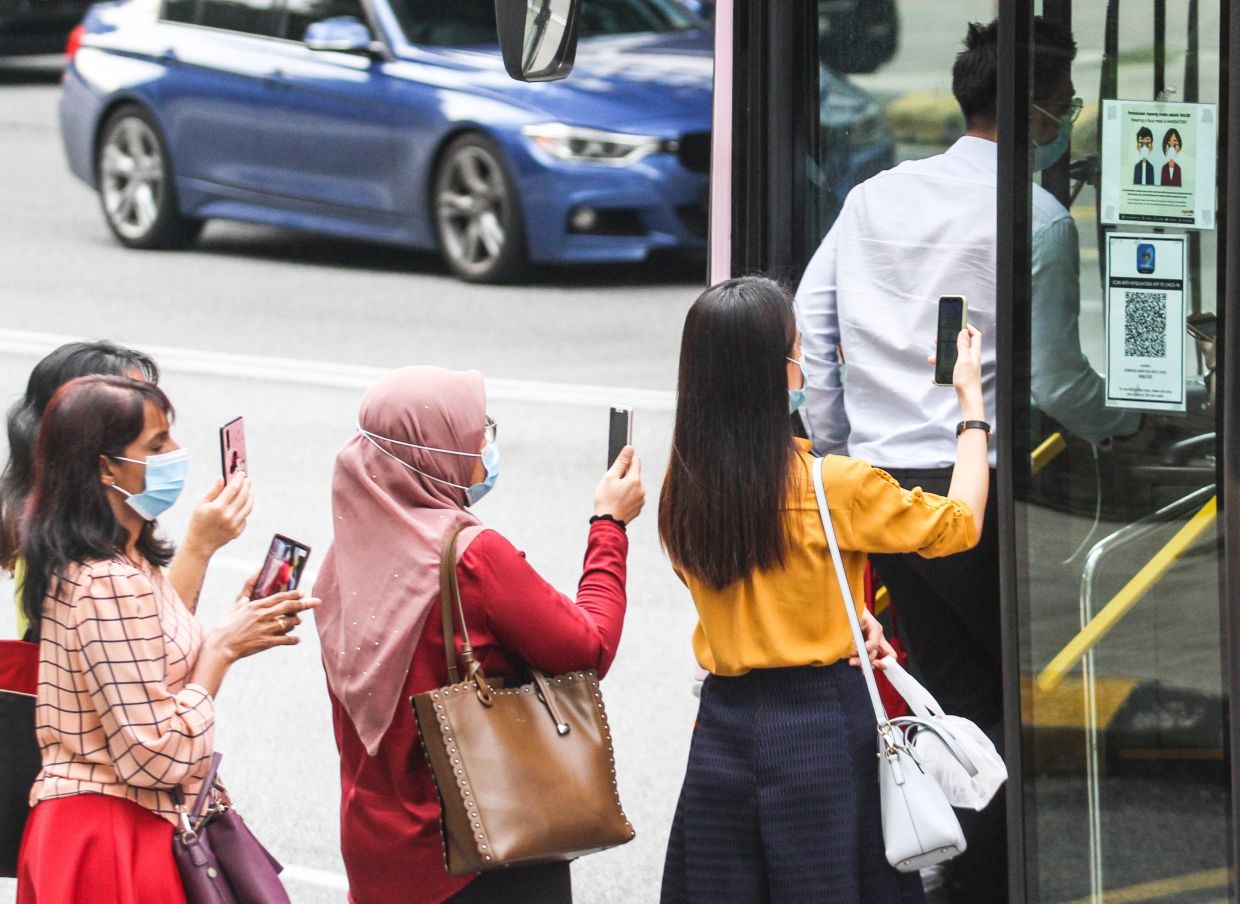 Commuters using the MySejahtera app before boarding a bus in the wake of the pandemic (Covid-19) during the conditional movement control order in Kuala Lumpur on Nov 30, 2020. — MUHAMAD SHAHRIL ROSLI/The Star

Back in April, the Civil Aviation Authority of Malaysia (CAAM) gave its approval for police to deploy drones for surveillance and enforcement during the movement control order (MCO).

Asked how the government could leverage smart city surveillance while maintaining citizens’ trust, Maimunah suggested that it could strengthen the Personal Data Protection Act 2010, to take into account the development of fast changing technology like cloud computing, big data analytics and the Internet of Things.

“Tech can help the government to balance safety and privacy. While it is the reason we are concerned about privacy, technology can also provide solutions like monitoring how records are viewed or processed, or quickly notify users if a breach occurs,” she said.

She pointed out that the government has already been capturing data all this while, and thus far had always complied with public privacy and confidentiality standards.

As a city planner, Maimunah emphasised a need for offline interaction and how a city had a duty to enable its citizens to move about safely.

“We are all social creatures and personal interaction has been hardcoded into our need as part of a community and as functioning individuals,” she said.

Though countries around the world were practising various degrees of movement restrictions, many cities were opening back up, allowing citizens to move about under certain conditions like using a contact tracing app or only travelling within a fixed area.

CityMapper cities data quality and product lead Patsy Ho said data suggested people would be willing to go out and about or use public transportation when they felt the pandemic was under control.

Founded out of London, UK, the startup has a public transit app and mapping service, and also collaborates with local governments and transport operators in various cities for real-time, open data to more accurately model travel instructions for users. 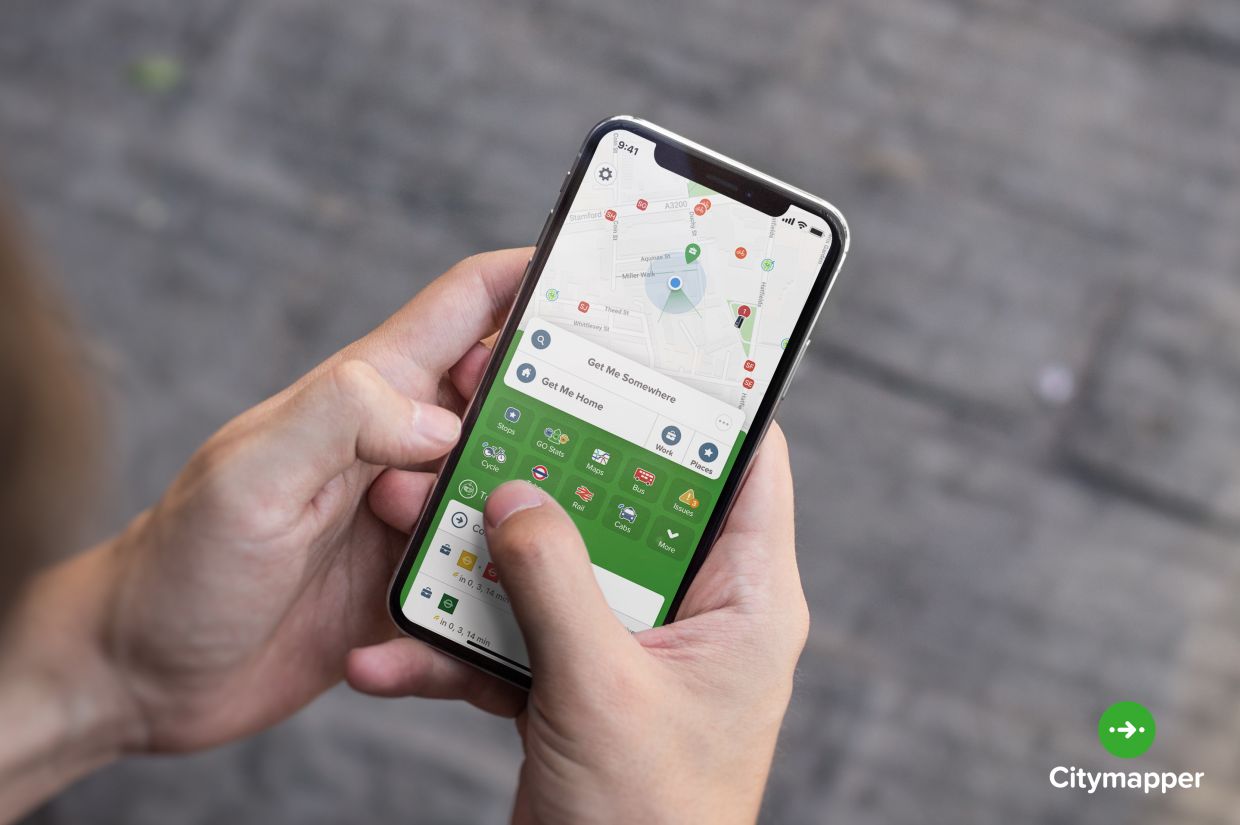 Its mobility index, which is calculated by comparing trips planned in the app to a recent typical usage period pre-Covid, showed some cities were already seeing a return in commuters.

As of Dec 16, Singapore was the closest to normal with public transport usage rates at 84%, while European cities such as Madrid, Lisbon and Paris were at 49-51%.

In comparison, some American cities were at less than a quarter of its pre-pandemic usage, with San Francisco at 6%, Los Angeles at 13% and New York City at 21%.

Ho said it wasn’t a matter of “if” but “how” people would want to get back to commuting, adding people would now prioritise moving “better and differently” rather than moving “more and further”.

To align with that, cities needed to make their transportation systems more flexible and offer a better user experience.

Ho suggested that monthly travel passes include an option to be paused to reflect if people were required to stay at home due to movement restrictions, while flexibility meant encouraging people to travel at different times to reduce congestion.

Speaking at the TechFest 2020 web conference, she said traffic data could both help shape commuter behaviour and preferences, while informing transport authorities on how to improve their services and user experience.

She noted that though CityMapper was working with local authorities, the open data they obtained tended to be messy and required filtering through the company’s data analysis tools to be useful to general users.

In summary, better data meant users would be more confident with using the city’s transportation infrastructure, and conversely tracking their movement could better inform the city on how to improve its services.