Students sitting for SPM and STPM examinations next year are eligible for a special data package by telcos. — AZHAR MAHFOF / The Star

PETALING JAYA: The Ministry of Communications and Multimedia (KKMM) has announced five initiatives aimed at helping B40 households as well as SPM and STPM students stay connected in 2021.

On Jan 6, 2021, local telcos are also expected to introduce a special data package plan for SPM and STPM candidates which will be available until the end of the examination period in April.

More information about the special package plan for exam candidates will be announced on the Malaysian Communications and Multimedia Commission (MCMC) and the respective telcos’ websites.

The Jaringan Prihatin initiative aimed at B40 groups which was announced in Budget 2021 is expected to roll out in March 2021, and will include the allocation of a telecommunications credit worth RM180 per person (RM15 per month) or a subsidy to cover part of the cost of purchasing a smart device.

The free additional 1GB Internet data initiative provided by telcos, which was scheduled to end on Dec 31, will also be extended until the start of the Jaringan Prihatin subsidy programme.

Last but not least, the operation hours for all Pusat Internet Komuniti (PIK) will be extended from 9am to 9pm daily.

Saifuddin in his statement added that he hopes the initiatives will be beneficial to the B40 groups and students to help them prepare for their examinations.

MCMC: Jendela has hit 93% of its target for new mobile broadband sites 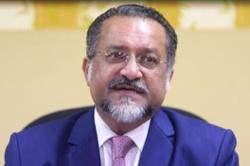 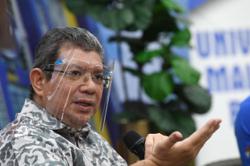