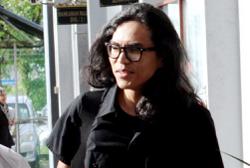 ‘So far, they (developers) do not need to specify where to build a communications tower (to obtain planning approval) because it is not considered a public utility,’ said Minister of Communications and Multimedia Datuk Saifuddin Abdullah on Oct 29, seen here in a video conference on Oct 22. — Bernama

KUANTAN: The Communications and Multimedia Ministry hopes that Internet connectivity will be considered the country's third public utility, after water and electricity, in Budget 2021, says its Minister Datuk Saifuddin Abdullah.

He said the move could save between six months to a year required in erecting a communications tower, which is currently the main connectivity medium.

"So far, they (developers) do not need to specify where to build a communications tower (to obtain planning approval) because it is not considered a public utility.

"Infrastructure for the Internet only comes after the project is completed, and during that time, there can be delays if there is no suitable site or due to other problems," he told reporters after officiating the e-Dakwah Centre for the Indera Mahkota Parliamentary constituency and the Maulidur Rasul celebration at the Tengku Panglima Perang Tengku Muhammad Mosque in Sungai Karang here on Oct 29.

"We also hope that Budget 2021 will be the beginning of the allocation under the 12th Malaysia Plan (12MP) for funding digital content. Under the 11MP, we were not able to fully utilise the RM500 million allocation provided as we did not have specific plans.

"I have appealed to Finance Minister Tengku Datuk Seri Zafrul Abdul Aziz not to cut the allocation in 12MP, and in principle, he has agreed, but this time, we need to plan more carefully on how it (the funds) will be used," he said.

On the tabling of the Budget on Nov 6, Saifuddin said he hoped that all parties would be open-minded, cooperate, and debate maturely to improve the shortcomings that may exist, by placing the people’s interest first.

"The government has already taken the necessary steps (to help the people) with two main thrusts, which is to balance between health and the economy. We need funds to continue this effort that will come from Budget 2021,” he added. – Bernama 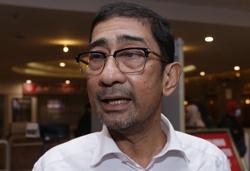