Analyse this: AI faster at evaluating contracts than human lawyers in contest 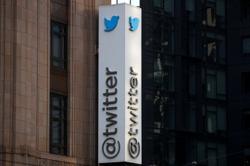 Sixteen lawyers competed against an AI program based on Alibaba Damo Academy’s Alice deep learning framework. AI found more risks in legal contracts than lawyers by themselves, but the best results come from humans and AI working together. — SCMP

When a group of 16 lawyers and law students met in a small auditorium at Zhejiang University’s Guanghua Law School last week, they were facing a unique opponent: an artificial intelligence (AI) program designed by Alibaba Group Holding’s Damo Academy.

In the first competition of its kind in China, humans were pitted against AI on Friday in reviewing contracts, one of the most common tasks conducted at law firms. The AI program passed with flying colours, sending its results within a minute after the competition started, state-owned newspaper China Daily reported. The program recorded an accuracy rate of 96%, beating the lawyers.

Still, the best results came from a team consisting of both lawyers and AI, which found the highest number of risks. The contestants, who were divided into groups either working with the program or working independently, went through five contracts totaling nearly 20,000 lines of text in 30 minutes.

“Human lawyers are good at dealing with difficult problems, while AI is very strong in retrieving information and checking and mending weak points,” Chen Yunzhou, a Zeda Law Firm lawyer who took part in the competition, told China Daily.

The program used in the competition is based on a deep learning model called Alice, short for Alibaba Collection of Encoder-decoders, created by the natural language processing (NLP) unit of the Damo Academy, Alibaba’s science and technology research division. To train for the competition, the program analysed nearly 10,000 legal contracts.

The contest was organised to how AI could be used in the legal services industry. In addition to analysing contracts, AI is already being used for researching legal texts and even predicting outcomes of litigation.

Alibaba has said that AI is meant to speed up tedious, repetitive tasks and leave more time for humans to handle sophisticated legal work, but some places in China are already replacing court staff with machines.

In a pilot initiative that Shanghai started in April this year, 10 courts replaced clerks with AI assistants that could transcribe case notes, retrieve files and present digitised evidence. It is one of multiple ways courts in China have recently turned to hi-tech solutions, including livestreaming court hearings, offering mobile legal services, and using voice-activated robot assistants and virtual judges﻿.

AI is not just taking over tedious legal work. It is set to shake up many other industries by automating tasks that seemed inseparable from human grunt work not that long ago. Despite the popular perception of robots taking over factory work, though, research conducted by PwC in 2018 showed that the first victims of AI automation in the next decade will be clerical workers. – South China Morning Post