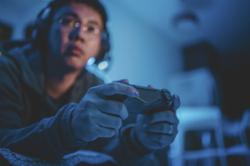 Sales of digital games fell 10% year-over-year between Black Friday and Cyber Monday, largely the result of shortages of new consoles from Microsoft Corp and Sony Corp, according to research firm SuperData.

Many gamers appear to be waiting to buy the new Xbox and PlayStation consoles before purchasing titles, SuperData said Wednesday. Console-game revenue fell 13% during the typically strong sales weekend, though gains in PC games helped offset the decline. Overall game spending is still on track for a record in 2020, the firm said.

The new PlayStation 5 and Xbox Series X/S have been flying off shelves, with online speculators charging many times more than the sales price. Sony has said that this has been its biggest console launch ever, and it promised to send more inventory to retailers by year-end amid “unprecedented” demand.

Microsoft said at a conference last month that “huge demand” could cause Xbox shortages to persist into 2021. And it’s not just a US problem: The consoles are scarce worldwide.

The popularity of new subscription services such as Xbox Game Pass, which offers a library of titles, also may have depressed sales of individual games, SuperData said.

Game makers typically get a huge boost whenever a new generation of consoles comes out. The new machines offer better capabilities and can enable new kinds of gaming features and genres. But supply-chain constraints can bring short-term headaches.

Overall, the video-game industry has been thriving, with Covid-19 lockdowns fueling unprecedented demand. And upcoming releases, like Halo Infinite, should help maintain momentum, according to SuperData.

The continuing shift toward digitally downloaded games – rather than physical games stored on discs or cartridges – also is fueling sales, SuperData said.

“Despite the lower numbers on Black Friday through Cyber Monday, spending on digital games is growing significantly this holiday season,” said Carter Rogers, principal analyst at SuperData, which is owned by Nielsen. “Even individuals who might have bought physical games at brick-and-mortar retailers in a normal year are opting for the convenience and safety of downloading games.” – Bloomberg