New Internet rules to give Pakistan blanket powers of censorship 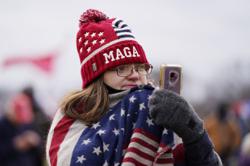 ISLAMABAD: Pakistan is all set to roll out new Internet rules that critics say will give the government wide powers of censorship after rejecting requests from social media companies for consultation.

They give the PTA "removal and blocking" powers of digital content that "harms, intimidates or excites disaffection" towards the government or poses a threat to the "integrity, security and defence of Pakistan".

A service provider or social media company could face a fine up to Rs500mil (RM12.78mil) for non-compliance, which would in turn trigger a mechanism preventing the uploading and live streaming, particularly related to "terrorism, hate speech, pornography, incitement to violence and detrimental to national security".

A platform has to act within 24 hours or, in case of an emergency, six hours to remove content. The rules also empower the telecom authority to block an entire online system.

Any platform that has more than half a million users in the country will have to register with the PTA within nine months and establish a permanent office and database servers in Pakistan within 18 months.

The new rules shocked rights activists who complained that there had been no consultation.

"The expansion of these powers is just horrendous," Nighat Dad, a digital rights activist, said.

The AIC said in a statement: "The draconian data localisation requirements will damage the ability of people to access a free and open Internet and shut Pakistan's digital economy off from the rest of the world.

"It's chilling to see the PTA's powers expanded, allowing them to force social media companies to violate established human rights norms on privacy and freedom of expression." – Reuters