Opinion: Your 5G is about to get much better, and not due to the new iPhone 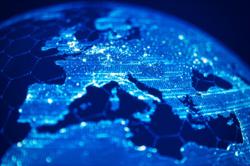 Wireless connections are going to get better and smartphone performance should improve. — Reuters

Apple Inc has finally joined the 5G party, and it’s a well-timed entrance.

Often derided for being late to new technologies, and rightly so, the launch of its first 5G iPhones coincides with some important changes to be rolled out by the telecoms industry this quarter. As a result, wireless connections are going to get better and smartphone performance should improve.

Release 16 of the 3GPP standards, also known as 5G Phase 2, is mostly focused on technologies that will benefit non-smartphone applications, including vehicle communications, factory connectivity and Internet Of Things (Release 15 marked the first set of 5th-generation mobile telecom specifications). The details were finalised in June – frozen, in industry parlance – and will be rolled out by year end. While the standards are global, countries, operators and vendors may implement them at different times.

Yet owners of Apple’s US$999 iPhone 12 Pro along with consumers who have the Galaxy S20 5G from Samsung Electronics Inc (US$999) or the Mate 40Pro from Huawei Technologies Co (US$1,400)(1) can also expect to see some upside.

And it’s not a minute too soon. As my colleague Tae Kim pointed out recently, the lackluster current state of 5G networks "could lead to underwhelming demand.”

One of the biggest complaints about 5G handsets is that they’re power hogs, a fact acknowledged by Samsung. An update contained in Release 16 addresses this by offering a power-saving technique called DRX adaptation. DRX stands for discontinuous reception and has been used in 4G systems, with the new specifications now making a version available for 5G radio standards. This feature allows the smartphone and the network to coordinate so that the device can enter a kind of sleep mode for signal reception.

With a few other techniques also added to the line-up (for geeks, they are: cross-slot scheduling, maximum MIMO layer adaptation, and fast transition out of connected state), smartphones should be able to last longer before requiring a recharge.

Much of the hype surrounding 5G speeds relates to the use of new high-frequency bandwidths more commonly known as mmWave; the wavelengths are literally one millimetre. But the problem is that it’s subject to all sorts of environmental factors – a heavy rainstorm could reduce speeds to a trickle – and crazy small footprints that could make coverage range even worse than WiFi.

This requires operators to roll out more base stations and place them closer together. But doing so also requires more connections to the core network – known as backhaul. Normally this is done via some sort of cable, eg, fibre optic.

Release 16, however, supports integrated access and backhaul, meaning that telecom operators can add mmWave base stations without the need to run a cable to the cell site, though it will still need electricity. Instead, they can use wireless frequencies to provide both consumer access and network backhaul, which should cut both the time and cost of rolling out more stations and help boost coverage.

A collection of other additions, each seemingly minor, will also improve the way smartphones move between existing Long-Term Evolution (4G) networks and the new 5G systems. While there’s a lot of expectation surrounding the faster 5G networks, the reality is that operators and smartphones will generally be switching between the old and the new. If done well, consumers will barely notice the difference in speeds and reliability. But to make it happen seamlessly, Release 16 offers enhancements that will make the transition between the networks more efficient.

As these new specifications trickle through the industry, from handset and equipment vendors to telecom operators, consumers can expect to see their fancy new 5G handsets start to approach the speeds they’re paying for.

(1) All prices are approximate, and will vary according to region. These devices shouldn't be considered equivalent. 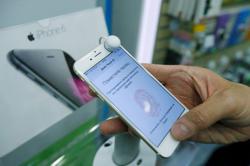 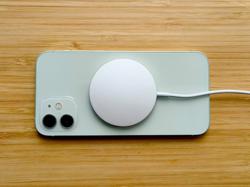