The development of 3G was expected to continue under NFCP but Jendela will phase it out in stages and sunset it by the end of next year, as this would allow spectrum used by 3G to be re-allocated for 4G. — Pixabay

The National Fiberisation and Connectivity Plan (NFCP), one of the most ambitious initiatives to get the country connected, has been supplanted by the National Digital Infrastructure Plan (Jendela), partly due to the pandemic.

“Since the demand has changed a lot since two years ago, a few projects laid out under NFCP had to be revisited,” he said. The biggest change? It spells the death of 3G.

The development of 3G was expected to continue under NFCP but Jendela will phase it out in stages and sunset it by the end of next year, as this would allow spectrum used by 3G to be re-allocated for 4G.

“Spectrum is a finite resource, cannot just throw it into the mix willy nilly, as we need to optimise the existing spectrum,” he said. 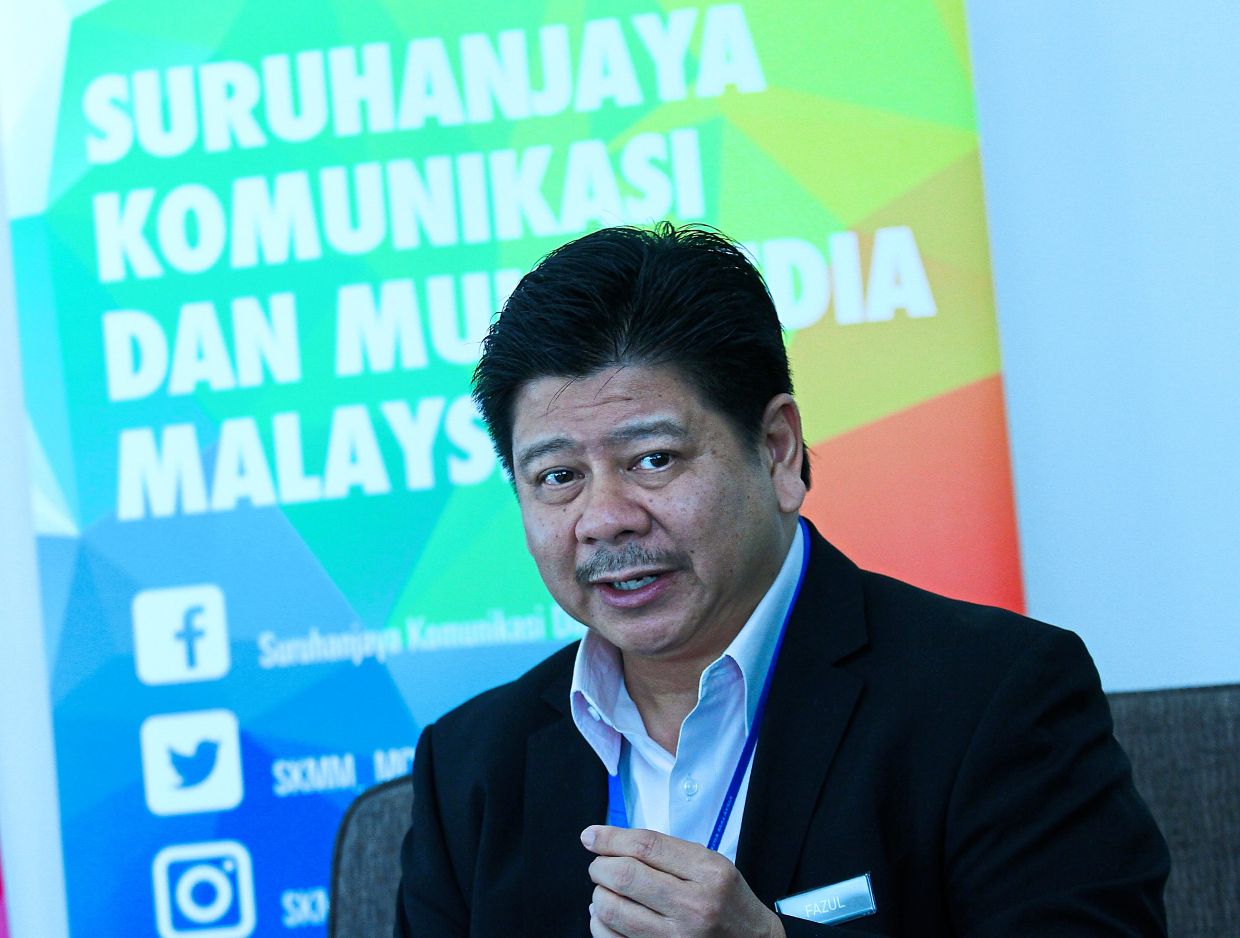 According to the Cellular Telecommunications and Internet Association, cellular spectrum is generally divided into three categories: low-band (under 3GHz) travels longer distances with minimal interruption; high-band (above 24GHz) travels shorter distances but offers higher capacity and faster speeds; and mid-band (3GHz to 24GHz) offers a bit of both.

While the role of allocating spectrum is left to the government in most countries, it cannot create more spectrum without clearing up previously used frequencies.

MCMC estimated currently there are around 1.74 million 3G users in Malaysia, with 3G networks achieving 95.3% coverage in populated areas.

According to a 2013 report by Universiti Kebangsaan Malaysia researchers in the Asian Social Science journal, titled “Tracing The Diffusion Of Internet In Malaysia: Then And Now”, there were about 10 million 3G subscribers as of July 2012 when Internet users in Malaysia totalled 25.3 million.

Dr Fadhlullah Suhaimi admitted that the deadline was “very aggressive but not impossible”, and will be subject to review in six months.

Ultimately, the expansion of 4G won’t depend on 3G, but he likened expanding 4G without killing off 3G to putting the cart before the horse, as the older technology has to make way for 4G.

The regulatory body found that 3G networks are inadequate for supporting the demands of today’s users who use multiple devices and bandwidth hungry services such as streaming. Gill says spectrum is the life blood of connectivity and the right policy is necessary to provide the best user experience. — Opensignal

Opensignal CEO Brendan Gill said 4G makes more efficient use of spectrum, able to transmit more data than 3G when given the same bandwidth. It is also more reliable and has lower latency.

“In many ways, 4G offers a big leap in terms of user experience than 3G,” added Gill.

To make full use of 4G, operators have to configure their networks to support Voice over LTE (VoLTE) to offer better voice calls, he said.

In Malaysia, most telcos already support the technology, including Maxis, Celcom, Digi, U Mobile and Unifi Mobile.

YTL Communications introduced VoLTE back in 2016 as its network is purely 4G.

The British Internet analytics firm said Malaysians have a big appetite for data, which it attributed to telcos offering free 1GB data daily under the Penjana initiative.

However, the Internet also slowed down due to the heavy use, but this is a sign that people were utilising the networks to the fullest, he added.

This was also true globally, he said, as most countries saw increased Internet traffic which resulted in slow speeds, mainly due to service providers being unable to improve capacity quickly in response to the sudden change. However, there is no plan to end an even older network – 2G – which would be maintained for now. Opensignal said Malaysians have a big appetite for data, which it attributed to telcos offering free 1GB data daily under the Penjana initiative. However, the Internet also slowed down due to the heavy use, but this is a sign that people were utilising the networks to the fullest, Gill added. — GLENN GUAN/The Star

Dr Fadhlullah Suhaimi said shutting down 2G would actually have a larger impact on industries, especially banks which use about 370,000 2G connected devices, mostly ATMs and handheld POS (point of sale) machines.

He said 2G was also essential for devices that only needed to transmit small amounts of data periodically, citing electric and water meters as examples, which send out information in batches a few times a day.

Not just a name change

Beyond phasing out 3G, Jendela will place heavier emphasis on connectivity for homes, in line with Covid-19 consumption patterns.

“We are prioritising homes but this doesn’t mean we are forgoing industrial parks and offices. At the end of the day, the network has to support the economy as a whole,” said Dr Fadhlullah Suhaimi. Beyond phasing out 3G, Jendela will place heavier emphasis on connectivity for homes, in line with Covid-19 consumption patterns. — Bloomberg

Though Jendela has a similar budget as NFCP – RM21bil – the cost of technology has since dropped, and locations where infrastructure needed to be deployed had also changed over the last two years, he said.

He said financing was unlikely to be an issue as service providers are willing to invest in building better infrastructure and the Universal Service Provision (USP) fund allows MCMC to co-invest in developing rural areas.

He said what’s more important is that the states must be willing to give approvals fast so there is no hold up.

As to the projects under NFCP, some have been completed while others will be replaced.

For instance, the first phase of expanding public cellular services in various states has been completed and the fifth phase involving the upgrading of 377,360 broadband subscribers on copper to fibre is still underway.

The programmes under NFCP phase two, which continues the work done in the initial phase, have been subsumed into Jendela, now with a new set of technical specs, he said.

According to the National Digital Infrastructure Lab report released last month, 940 new sites will be constructed, 16,214 existing base stations in urban and suburban areas will be upgraded, and 352,101 premises will be transitioned to fibre by this year. A file photo of a telco tower built by MCMC near Miri in northern Sarawak to expand phone coverage for people using the state trunk road. — STEPHEN THEN/The Star

Internet as a right

Dr Fadhlullah Suhaimi revealed that MCMC is in talks with state governments’ chief ministers and menteri besar to introduce a state-level policy that would make telecommunications infrastructure to be classified as a public utility like water and electricity. The reclassification will make telcos roll out their services pre-emptively instead of waiting for demand so anyone who moves into the area will have connectivity within days. — LOW LAY PHON/The Star

The reclassification will make telcos roll out their services pre-emptively instead of waiting for demand so anyone who moves into the area will have connectivity within days.

“We also have to consider the digital divide. You would think with 4G coverage in populated areas at 91.8%, it deserves a grade A. But from a network perspective the 8.2% not getting 4G is a huge gap,” he added.

Asked about regulating Internet access as a public utility, Gill said it is a hot topic among many governments around the world now.

He said the right incentives have to be offered to service providers, including allowing them to price their plans competitively.

“You can’t have your cake and eat it too. The regulators can’t expect 100Mbps speeds everywhere and yet expect the service to cost nearly nothing,” he said.

As to whether speed or cost should be prioritised, he said it depends on the country and its consumers.

In countries where the price is still high and the networks are not congested, there shouldn’t be an issue in lowering the price, he said.

“There are no simple answers, but operators have to be transparent about all factors,” he added. Dr Fadhlullah Suhaimi said another challenge is education, as the public wants better services but has an irrational fear of telco towers, even though the electromagnetic fields they emit are on average weaker than a phone or a microwave oven. — KAMARUL ARIFFIN/The Star

He said Malaysians enjoy one of the lowest prices for data in the world but this could also affect service providers’ capacity to invest in infrastructure.

Gill applauded Jendela’s goal to improve coverage rather than just focusing on speed.

“Speed is an endless arms race and there will always be another smaller, advanced country that’s going to be faster,” he said, adding that the average user is unlikely to see any difference when the speed bump is too small such as from 25Mbps to 35Mbps.

Dr Fadhlullah Suhaimi said another challenge is education, as the public wants better services but has an irrational fear of telco towers, even though the electromagnetic fields they emit are on average weaker than a phone or a microwave oven.

“Local authorities tend to side with the public. All it takes is one complaint and the permission to build a tower may be denied. So we need to educate them that it’s not dangerous,” he said.