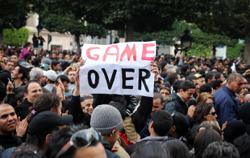 Fake news related to Covid-19 has become a major issue for authorities during the pandemic. — AP

The Malaysian Communications and Multimedia Commission (MCMC) has warned members of the public not to spread fake news after a false report claiming 13 Cabinet ministers have tested positive for Covid-19 went viral on social media.

In a press statement today (Oct 9), MCMC said stern action can be taken by relevant authorities Royal Malaysia Police (PDRM) and the commission itself if it finds any offence has been committed under the Communications and Multimedia Act 1998. MCMC reminded the public to be wary about sharing unverified news or information.

The government agency has also issued a denial on its Sebenarnya.my portal and the National Security Council (MKN) similarly published a warning about the claim on its Telegram channel. 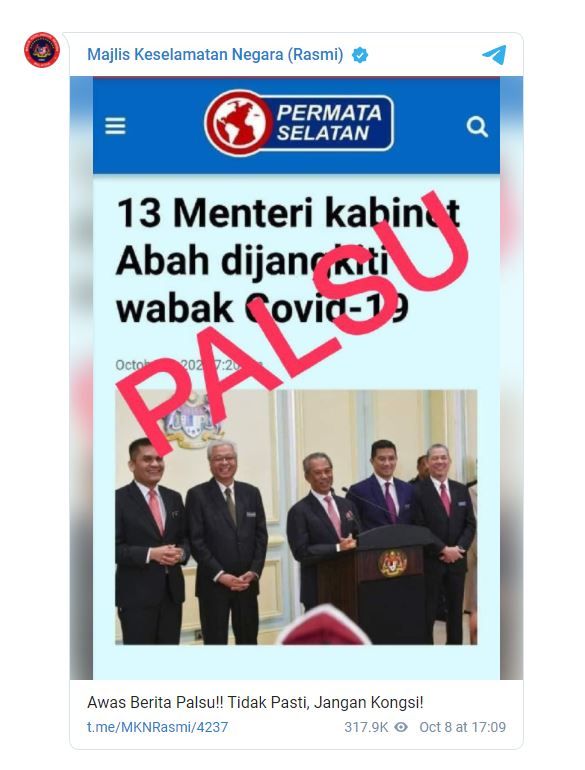 MKN reminding members of the public not to share a false report claiming 13 cabinet ministers has tested positive for Covid-19. — Screengrab from Telegram

Senior Minister (Defence) Datuk Seri Ismail Sabri Yaakob said in a press briefing via Facebook Live on Oct 8 that authorities will not tolerate those sharing unverified information and are keeping tabs on the spread of fake news, citing concerns that it could trigger panic or unease among the people.

“I saw a post claiming that 13 Cabinet ministers have tested positive for Covid-19. The truth is, apart from the minister who has already made the announcement that he tested positive and this has been made public to the people, the other ministers are in their homes observing mandatory quarantine because they are close contacts of that minister. That is all,” he said.

He added that reports claiming that 13 Cabinet ministers have tested positive are just one of the many fake news that have gone viral on social media during the Covid-19 pandemic.

As of Oct 8, PDRM and MCMC have opened 270 investigation papers on fake news related to Covid-19.

“A total of 133 cases are still under investigation. Of the 35 charged in court, 19 pleaded guilty and 12 others were issued warning notices,” he said. 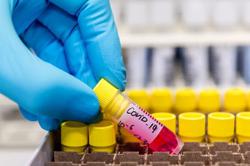