Arm Ltd on Oct 8 said it was partnering with Microsoft Corp to create tools that will help software developers transfer data from tiny sensor chips to Microsoft's cloud computing service.

Arm, which is in the process of being acquired for US$40bil (RM166.2bil) by Nvidia Corp, designs chips including those used in connected devices in the "Internet of Things."

But transferring data from sensors in a piece of equipment to the cloud for analysis then returning the findings to the machine – to signal a need for maintenance, for example – is not smooth.

The new effort between Arm and Microsoft seeks to produce a common set of tools for the entire process from end to end.

"We've taken care of the things that matter," Dipti Vachani, senior vice president of the automotive and Internet of Things group at Arm, told Reuters in an interview. "That streamlined artificial intelligence experience is what’s going to allow this to scale.” – Reuters 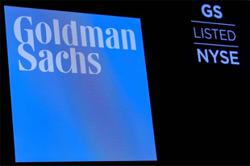