Apple Inc adjusted its App Store review guidelines to loosen restrictions on iPhone and iPad games that stream directly from the Internet and in-app purchase rules that have frustrated developers. — AFP

Apple Inc adjusted its App Store review guidelines to loosen restrictions on iPhone and iPad games that stream directly from the Internet and in-app purchase rules that have frustrated developers.

The changes are relatively small. But they suggest Apple is listening to app makers that have complained about the company’s stringent guidelines. Apple is not changing its 15% to 30% fees taken from app downloads, in-app purchases and subscriptions, but Sept 11’s update means that these fees will be applied in fewer cases.

The biggest impact may come in the relatively new market for streaming video games. For the first time, Apple will approve games that stream directly from the web, versus from content installed on a device. This reverses a rule that frustrated companies including Microsoft Corp, Nvidia Corp and Google. All three rivals have streaming game services that are unavailable on Apple’s devices, while Apple’s own Arcade service is freely accessible.

The new rules will still require games to be submitted individually. That means companies won’t be able to launch all-you-can-eat streaming game services on Apple’s platform. But the change will still allow individual games to be played, potentially giving Apple users access to titles such as Halo that are available online but not on iPhones and iPads directly.

"Streaming games are permitted so long as they adhere to all guidelines – for example, each game update must be submitted for review, developers must provide appropriate metadata for search, games must use in-app purchase to unlock features or functionality,” Apple told developers in its updated review guidelines on Sept 11.

Services such as Microsoft’s xCloud and Google’s Stadia can now offer a catalog that directs Apple users to other streaming games they offer. But these catalogs must point players to the Apple App Store to download the other titles individually. That will complicate a company’s ability to launch a broad streaming games service, but will at least make it possible with workarounds. Google declined to comment.

Companies were previously able to offer individual streaming games as long as users streamed the game from a PC on the same WiFi connection as an Apple device. The rule changes mean that is no longer required.

"This remains a bad experience for customers,” a Microsoft spokesperson said. "Gamers want to jump directly into a game from their curated catalog within one app just like they do with movies or songs, and not be forced to download over 100 apps to play individual games from the cloud.”

Apple is also no longer imposing its in-app purchase requirements on online teaching apps, such as tutoring or workout offerings. This only applies to classes that are between two people. Some developers, including Facebook Inc, Airbnb Inc and ClassPass, were frustrated that they had to give Apple 30% of class revenue given the pandemic has moved most learning online.

Apple also tweaked its rules for in-app-purchases for some services, such as email apps. The guidelines now allow more apps to let users create free accounts. Apple also said that "free apps acting as a stand-alone companion to a paid web based tool do not need to use in-app purchase, provided there is no purchasing inside the app, or calls to action for purchase outside of the app.”

Earlier this year, the developer of an email app called Hey complained after Apple rejected one of its updates for trying to get around the in-app purchase rules.

Last week, Apple delayed changes to its upcoming iOS 14 release that would have hurt Facebook’s advertising business. The tweaks come ahead of Apple launching new iPads and Apple Watches next week.

Apple is in the middle of a lawsuit with Epic Games over Epic’s circumvention of the App Store guidelines for in-app purchases. In its new guidelines, the company says developers should not "include any hidden, dormant, or undocumented features in your app.” This likely refers to Epic hiding its own payment method during the App Store review process then later enabling it over the Internet. – Bloomberg 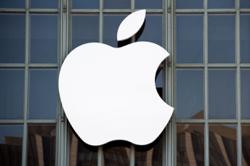