In future, Pokemon Go players will need to head outside again more often. Some of the games pandemic-era changes allowing you to play indoors will remain, however. — Silas Stein/dpa

The 2016 augmented reality game hit Pokemon Go was designed as an outdoor game where you walk around your own neighbourhood in search of digital creatures you can only see on your smartphone.

Then came the pandemic, and suddenly the game's fans, still playing long after the hype faded, were forced to hunt Pokemon from indoors during the lockdown. To keep players engaged, developer Niantic allowed the mobile gamers stay home and still catch Pokemon.

But with the easing of government measures to slow the spread of the coronavirus, is the game about to change back again?

Not according to Niantic's head of development, John Hanke, who says Pokemon Go will keep some of the new features introduced at the height of the pandemic.

Among the new features here to stay are long-distance raid passes, which mean that a player doesn't always have to stand directly next to an arena, Hanke told us.

To battle and develop your collected Pokemon, you previously would have to walk to a nearby part in your neighbourhood where you could play against others.

However, Niantic says it will gradually reduce the distance from which players can interact with arenas as the risk of infection decreases.

Overall, Niantic will continue reviewing its 2020 changes to the game with a view to how they can make the game better. "Are they simply replacing real-world activities? Or do they improve the game?" Hanke says the developers will ask.

While features allowing for more use from home were initially designed at reducing the temptation for players to leave home and risk infection, many players have found it also allows them to keep playing at night or other times when they can't leave home. – dpa 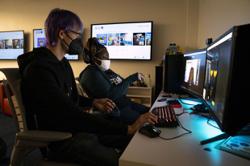