'We shouldn’t just jump on a new technology for the sake of it,' says Grenoble Mayor Eric Piolle. — Alain Jocard/AFP

For Eric Piolle, the mayor of the Alpine city and a rising star in the country’s Green party, making sure these companies have access to 5G communication networks is not a priority.

"We shouldn’t just jump on a new technology for the sake of it,” Piolle said in an interview. "We need to pause, and look into the impact 5G will have on the environment.”

France is already behind Germany and the United Kingdom in rolling out 5G, which offers broadband speeds up to a hundred times faster than today’s mobile networks. Advocates say it will pull Europe’s struggling economies into a new era of connected factories, self-driving cars and supercharged smartphones.

Piolle and his allies see 5G as an excuse for a wasteful and unnecessary cycle of mobile phone upgrades. They’re alarmed by the potential climate impact of a technology that could soak up three times more power than current mobile infrastructure, and want to focus instead on improving patchy 4G coverage.

The message has struck a chord with voters, who in June propelled Green candidates into office in some of France’s biggest cities including Nantes, Bordeaux and Strasbourg.

It’s turned into potentially the most consequential of several grass-roots campaigns against 5G across Europe, driven by concerns that it’s harmful to health, and by conspiracy theories linking it to Covid-19. Towers have been wrecked from the United Kingdom to Germany, and a moratorium advocated in Switzerland.

They can’t veto 5G outright, but French Green officials told Bloomberg they’ll go to court to block the issuance of construction permits and will ban antennas from public buildings.

The campaign is turning into a problem for President Emmanuel Macron’s government. A state agency is preparing a report on 5G’s health impact for the first half of next year, and environment minister Barbara Pompili said in July the government should focus on 4G until the conclusions of the impact study are known. Macron has indicated there’ll be no wide-scale 5G rollout for now.

Wary of a popular backlash if it moves too fast on 5G, France’s third-biggest wireless operator, Bouygues Telecom, has also proposed that the government concentrate for now on improving 4G coverage, its Chairman Olivier Roussat told reporters last week.

The government has decided nonetheless to press ahead with a delayed auction of 5G spectrum at the end of this month, said Roussat. Bouygues SA Chief Executive Officer Martin Bouygues confirmed the company will bid for the frequencies. – Bloomberg 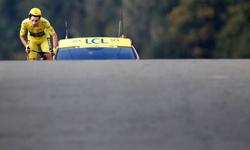 Roglic at a loss to explain Tour de France meltdown 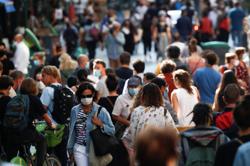