A study found that housemates were increasingly sharing access to digital services, from content streaming to online shopping. — AFP Relaxnews

Going beyond just sharing WiFi, housemates are increasingly sharing access to digital services from content streaming to online shopping, according to a study by Kaspersky.

In its ‘More Connected Than Ever Before: How We Build Our Digital Comfort Zones’ study, the cybersecurity firm reported that 46% of housemates surveyed said they shared streaming services with each other.

The study noted that such sharing behaviour was more common in households that left IT planning to one person, of which 30% of respondents said they were reliant on others to make their IT decisions.

Amusingly, the report found a contradiction in respondents’ claims: 80% of male respondents claimed to make IT decisions for their households, while around 60% of women claimed they were in charge.

Kaspersky senior security researcher David Jacoby said that while it may be convenient to share some devices and digital services, insecure practices could put all parties at risk.

He added that there should also be a backup plan in-case one of the housemates moved out or if the group had a falling out.

Some concerns housemates have expressed about sharing their accounts included worries about not knowing their housemate’s digital habits (32%) and how usage would slow down the house’s Internet speeds and affect their online gaming (24%).

Kaspersky marketing vice-president Andrew Winton warned that sharing account details with more people made it more likely to be discovered by others, including people they might not trust.

He added that it was safer to use services that natively have sharing policies where multiple users can use a single subscription without needing to share passwords, like with a home or family plan.

The study was conducted in Argentina, Australia, Brazil, Chile, Colombia, Germany, Austria, Switzerland, France, Italy, Mexico, Peru, Philippines, Saudi Arabia, Singapore, Spain, Thailand, Turkey, the UAE, the UK and the US, and survey responses were gathered in May 2020. A total of 10,081 respondents were surveyed across the stated countries. 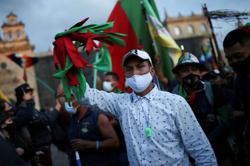